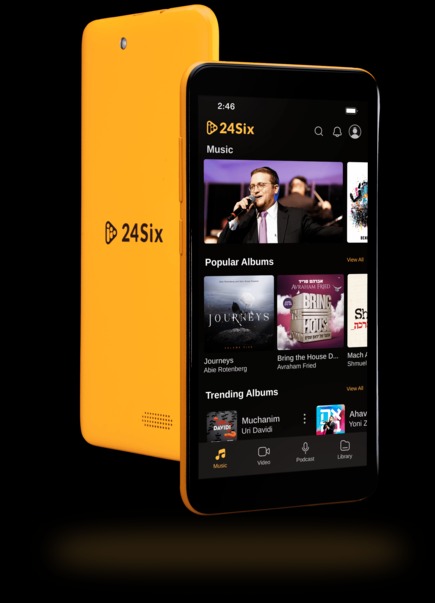 As reported last week by Lakewood Alerts, TAG came out against the new 24Six Jewish music streaming platform, calling it “a step in the wrong direction.”

TAG’s public stance against the platform – which labels itself as an exclusively kosher alternative to non-Jewish music streaming platforms – was almost immediately followed by a mass kol koreh from nearly all chasidish mosdos across the United States and Canada.

Now, Lakewood rabbanim intend to announce their disapproval of 24Six as well. Sources tell Lakewood Alerts that a meeting was held in the Yeshiva K’tana simcha hall on Tuesday night with all menahalim and administrators of Lakewood schools and mosdos, in which they discussed putting out a similar kol koreh against the platform. The meeting was led by led by BMG Rosh Yeshiva Rav Aryeh Malkiel Kotler shlit”a.

Such a kol koreh could be forthcoming within days or even hours, Lakewood Alerts has learned.

Below is the kol koreh from the chasidish mosdos. 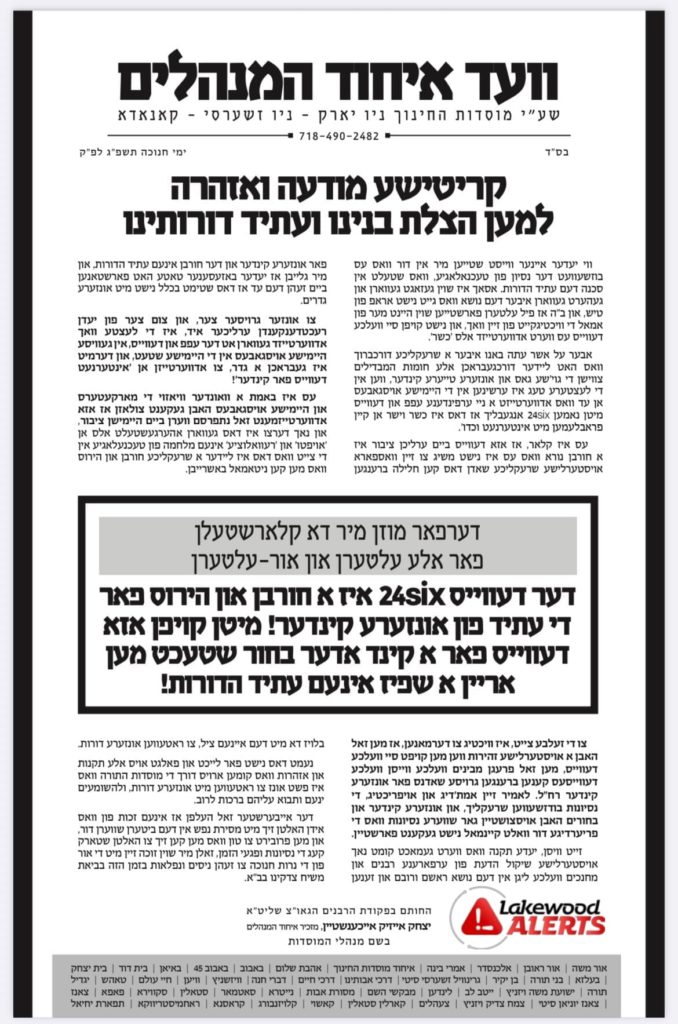