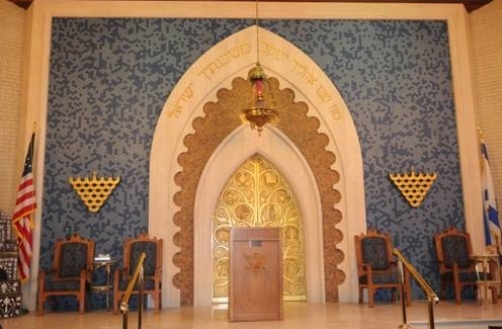 “Members of the Deal Police Department responded to the Ohel Yaacob Congregation at the corner of Lawrence Avenue and Ocean Avenue North at approximately 1 p.m. on Friday, July 15 on a report of an unknown person recording himself with a cell phone while making obscene gestures and screaming profanity-laced ethnic and homophobic slurs and threats at synagogue congregants,” Deal Police said in a statement following the incident.

“The hate-filled rhetoric heard last Friday in what is typically a peaceful neighborhood with a tight-knit Jewish community wasn’t just abhorrent and disturbing – it was criminal,” Linskey said. “The charges being announced today should send a clear message that we take such conduct with the utmost seriousness. There is no place for hate in Monmouth County – especially when it is the motive behind a crime.”