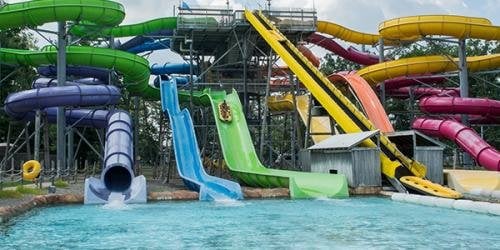 Six Flags in Jackson is a destination many head to in the summer months to relax and let off some steam. For one woman, letting off steam involved biting a sheriff’s officer – twice.

Synthea Gonzalez, 50, was charged with resisting arrest, aggravated assault on a police officer, obstruction and refusal to submit to fingerprinting after a bizarre incident at Six Flags Hurricane Harbor.

Police say Gonzalez and her friends were being thrown out of the water park for unspecificed reasons and Jackson police officers, as well as Ocean County sheriff’s officers arrived to assist in the disturbance.

As one member of the group was being arrested, a fuming Gonzalez was being held back by a sheriff’s officer. She attacked him, twice biting the officer. She was immediately placed under arrest.

The officer is doing fine; he was treated for some minor injuries and returned to work.