US Drought Monitor: Conditions in New Jersey Getting Worse 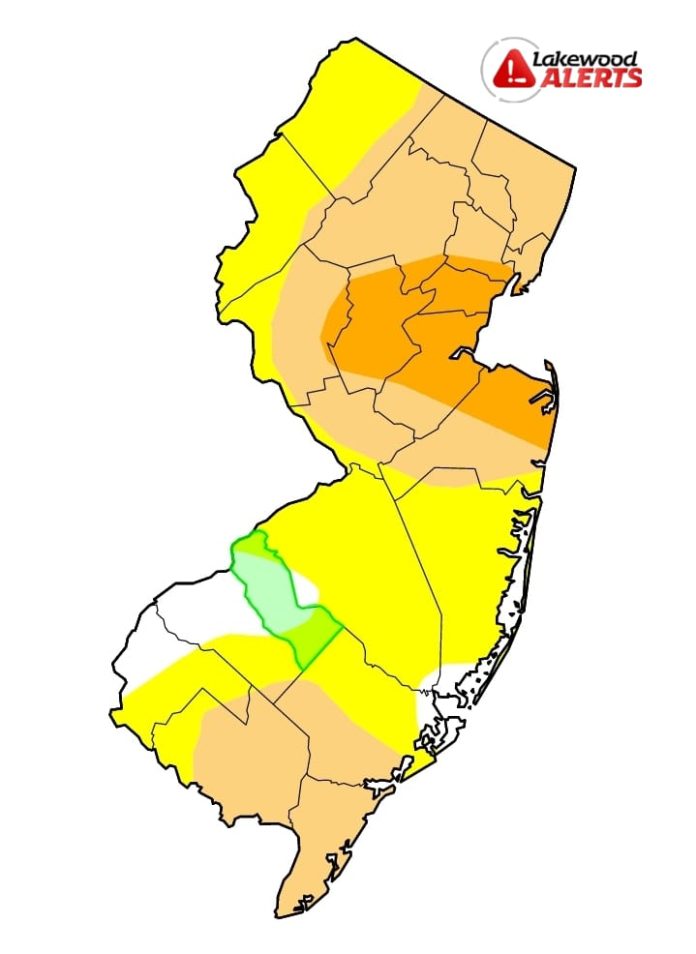 A new map of New Jersey from the U.S. Drought Monitor shows drought conditions in the state worsening, with a “severe drought” expanding into parts of Middlesex and Monmouth counties.

A “severe drought” is also occurring in all of Union County, most Somerset County and portions of Essex, Hudson, and Morris counties, according to the monitor.

The general Lakewood area is experiencing a “moderate drought,” according to the released map.

State officials issued a drought watch on August 9th, which is simply a way of raising awareness in the state about conserving water. However, if conditions get worse, they could issue a “drought warning” and then a “drought emergency,” which could require people by law to conserve water.