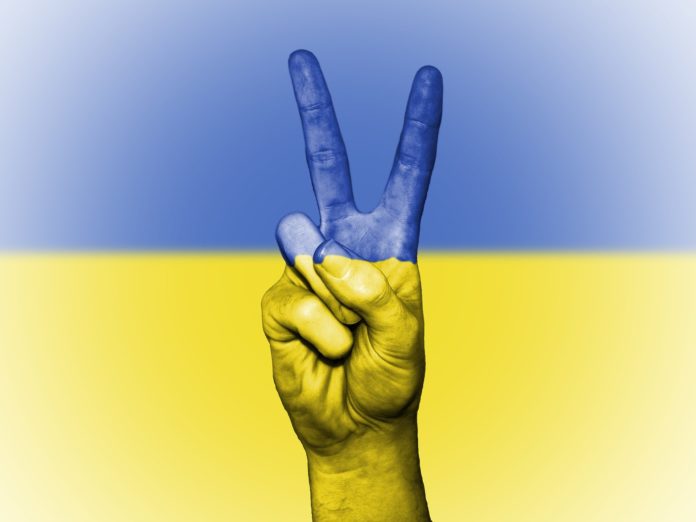 As Russia continues its relentless assault on Ukraine’s sovereignty, a Twitter user made a peculiar discovery. The official Twitter account for Ukraine, the Twitter user noticed, follows a bunch of countries, and… New Jersey!

The Twitter user, who identifies as Mitchell on the platform, tweeted jokingly about it, asking why Ukraine would follow a seemingly random state in the US.

Ukraine had what to say about it.

Whilst fighting a fight-or-die war, Ukraine knows what’s up: New Jersey is just a cool place to be. 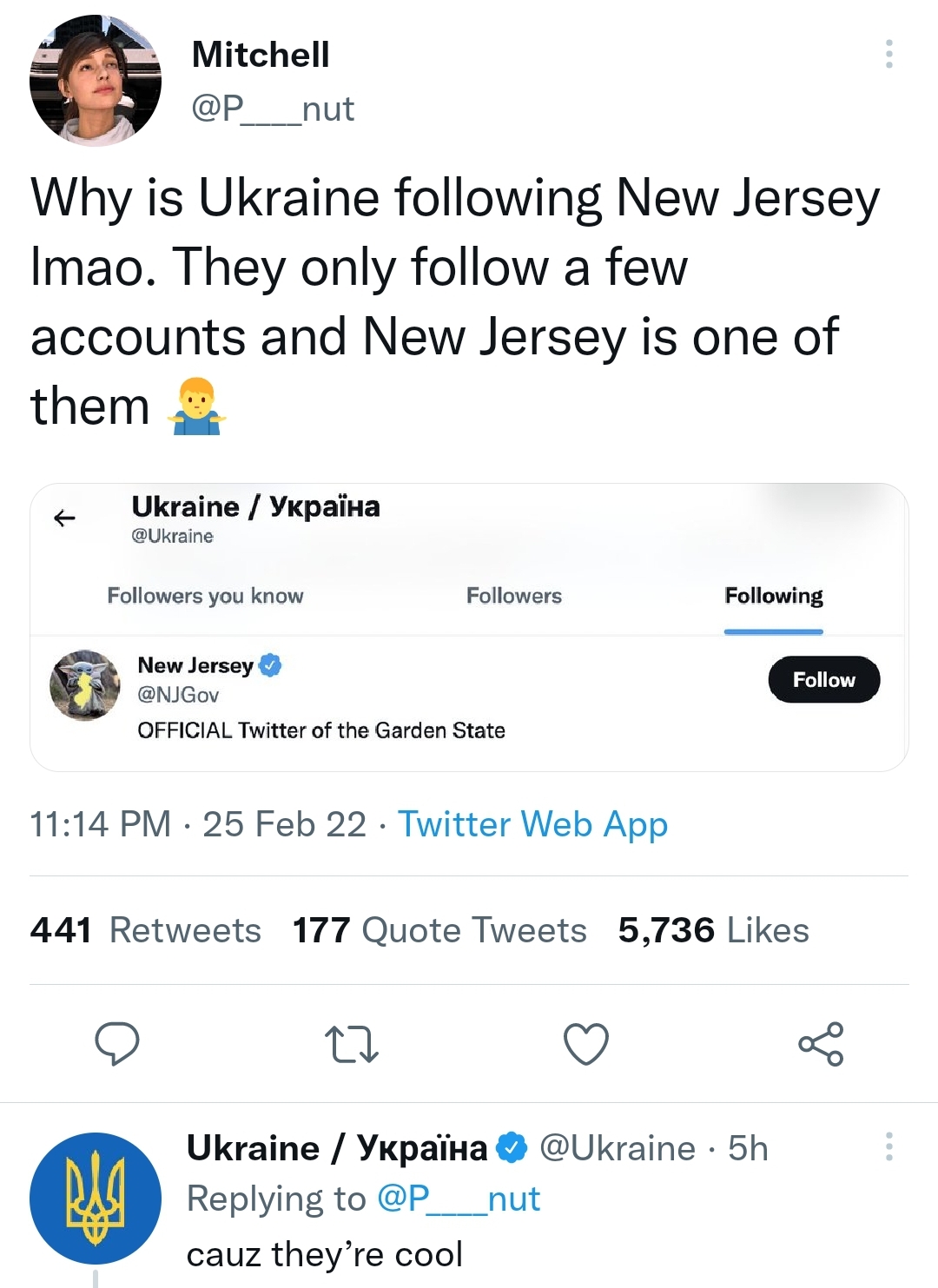