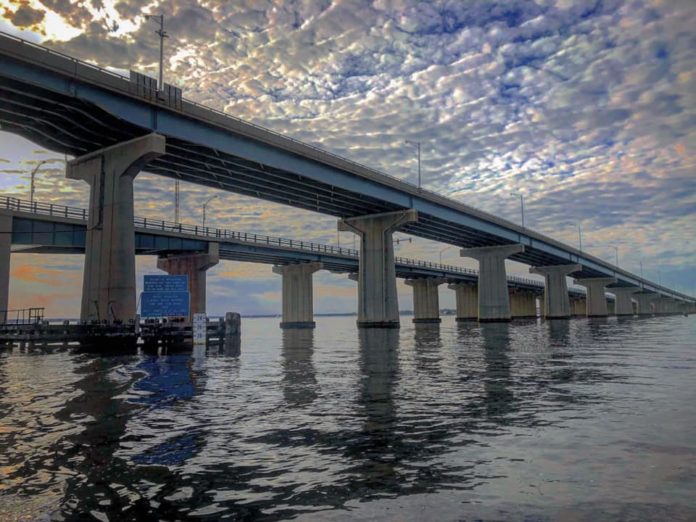 A suspect being chased by police jumped off the Thomas Mathis Bridge on Route 37 in Toms River on Sunday night, police say.

Police were originally called to the scene of a domestic disturbance involving the suspect, who promptly fled. Police chased him southbound in the northbound lanes of Route 35 before calling off the chase over safety concerns. Eventually, after smashing into several parked vehicles, the suspect made it to the Thomas Mathis Bridge, before crashing into another two vehicles.

The suspect then took a dive off the bridge into Barnegat Bay – but he didn’t get away. He was picked up by a New Jersey State Police Marine unit that was patrolling the bay. The officers brought the suspect to land before he was transported to Community Medical Center in Toms River for observation.

It is not yet known what charges he could be facing.