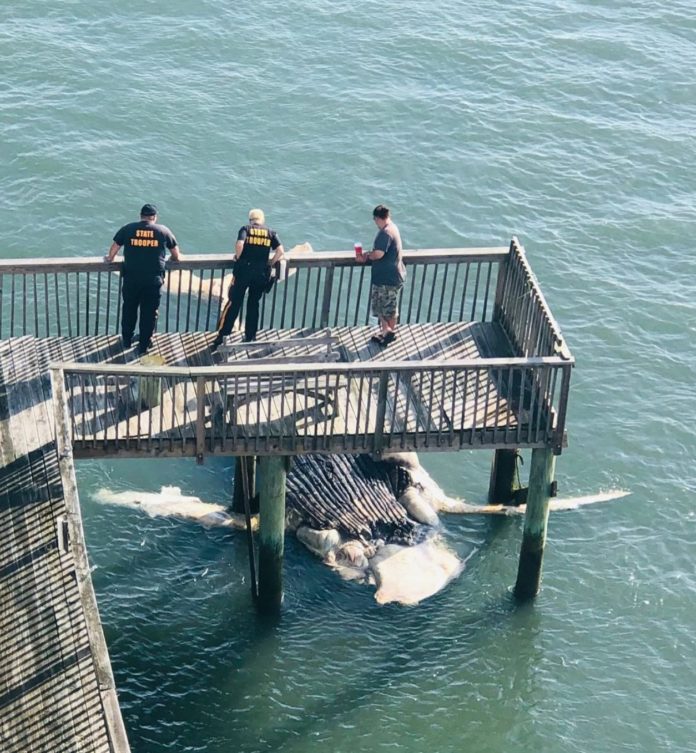 A 25-foot humpback whale washed up on shore at the Grassy Sound Marina in North Wildwood, with the carcass getting caught under the marina’s docks.

“It was gross. It was like all decaying and big bites out of it,” an observer told ABC6.

“You usually don’t come to work and see a whale sitting across the other side of the lagoon from you,” another said.

It isn’t clear why the whale became stranded, though scientists believe that it may have been fatally struck by a boat propeller.

Marine biologists have removed the dead whale from the marina to an area called Turtle Creek where it is undergoing tests to determine what caused it to become stranded and die. 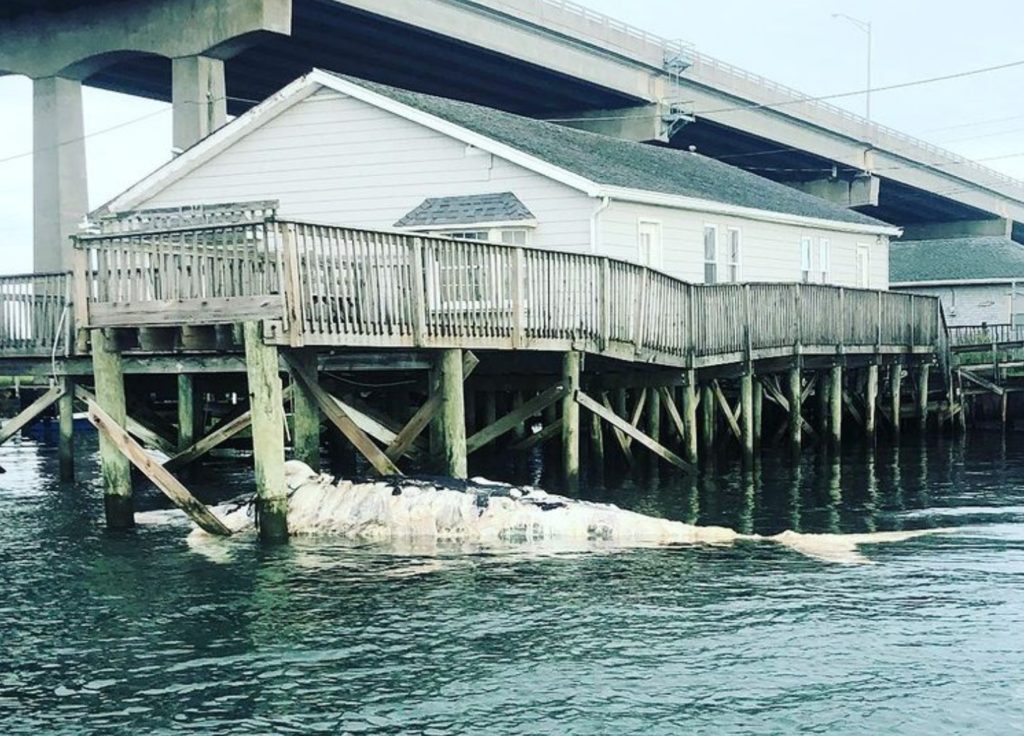