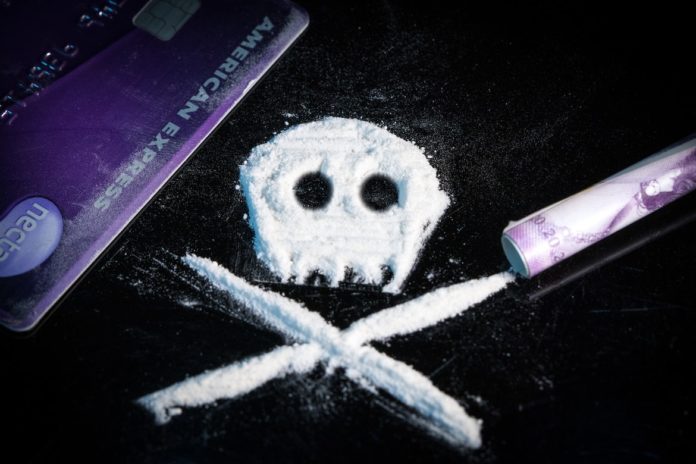 The new legislation comes as US drug enforcement officials discover an emerging trend across the country in the trafficking of brightly-colored fentanyl, known as “rainbow fentanyl,” used to target young people.

Just last week, a woman from Mercer County was arrested after police seized 15,000 rainbow-colored fentanyl pills packed in a LEGO box that originated from Mexico.

“The deliberate targeting of children by drug cartels with deadly fentanyl made to look like candy is just the latest horrific aspect of the fentanyl crisis that has wreaked havoc on our communities,” said Rep. Smith, who had authored legislation (HR 1542) to help combat the fentanyl crisis. Provisions similar to Smith’s bill were enacted into law in 2019 as part of the “Sanctions With Respect to Foreign Traffickers of Illicit Synthetic Opioids” Section of the National Defense Authorization Act (NDAA) for Fiscal Year 2020 (PL 116-92).

“Now more than ever, we must renew and strengthen our fight against the scourge of opioids that has claimed far too many lives and devastated so many families,” said Smith, who noted that a record 107,622 Americans lost their lives last year alone from a drug poisoning or overdose—with 66 percent of those deaths related to synthetic opioids like fentanyl.

“The nefarious drug networks pushing this Chinese-made synthetic opioid—which is 50 times more potent than heroin—on our kids in our own backyard must be defeated,” said Smith.

Since May, US law enforcement officials have seized more than 10.2 million fentanyl pills and approximately 980 pounds of fentanyl powder, equating to more than 36 million lethal doses.

HR 9093, which was developed together with frontline DHS law enforcement officers, would grant agents within the DHS Homeland Security Investigations (HIS) unit with independent authority to enforce America’s drug laws.

While HSI is the primary DHS arm tasked with investigating transnational crime, HSI agents are limited under current statue by a reliance on the Drug Enforcement Administration (DEA) to investigate drug-related crimes.

Currently, only approximately 1,500 of more than 6,800 HSI special agents have been granted authority by the DEA to investigate these crimes, leaving thousands of HSI agents on the sidelines as fentanyl and other deadly drugs pour into the country.

The bill is just one of Smith’s ongoing attempts to combat the fentanyl crisis. Earlier this year, Smith cosponsored the Stop Fentanyl Border Crossings Act (HR 7359), which would expand Title 42 authority to turn away migrants to combat the profuse amount of drug smuggling across the US-Mexico Border.

“It is absolutely critical that we secure our border immediately to help put an end to the immense suffering and loss of life caused by the infiltration of these lethal drugs,” said Smith, who last Congress chaired a congressional hearing entitled “Tackling Fentanyl: The China Connection” that included compelling testimony from then-Ocean County Prosecutor Joseph Coronato.