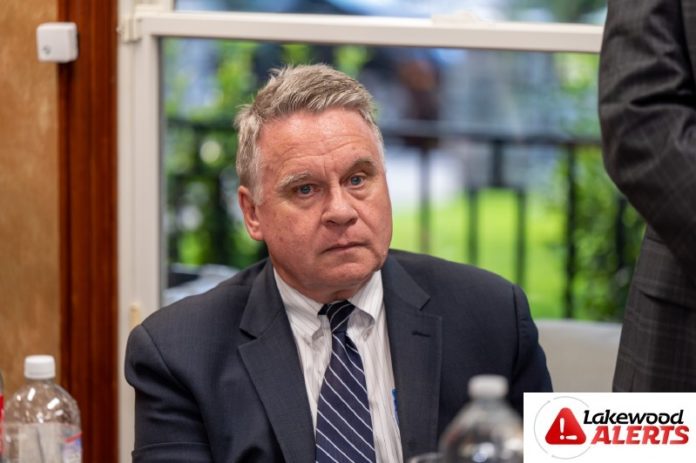 In the midst of an alarming surge in antisemitic attacks across the United States, Rep. Chris Smith (R-Manchester) today announced nearly $3.4 million in federal funds that will help bolster the security of more than 20 schools, houses of worship and child care centers across Lakewood.

The federal dollars come at a crucial time after a report published by the Anti-Defamation League shows that New Jersey had the second-highest number of incidents of antisemitism last year—a shocking 25 percent increase from the previous year—after neighboring New York.

“With antisemitic attacks exploding across the United States, we must do everything we can to improve the safety of our Jewish communities and safeguard against threats and potential acts of terror before it is too late,” said Smith, the Co-Chair of the House Bipartisan Task Force for Combating Antisemitism.

“This critical funding will go a long way to better secure schools, houses of worships and child care centers in New Jersey’s fastest-growing town and provide safety and greater peace of mind to members of the Jewish community who are facing historically high levels of antisemitic hate,” Smith said.

Smith said a large portion of the funds come from the Department of Homeland Security’s Urban Areas Security Initiative (UASI) grant program, which assists high-threat, high-density areas with building and sustaining capabilities necessary to protect against and respond to acts of terrorism.

The grant program, which was established in 2003, had initially excluded Central Jersey from eligibility based on the original formula used to award the funds until Smith led efforts as Dean of the New Jersey Congressional Delegation to ensure the homeland security grants were made available to localities in his district including Lakewood.

“Last year’s horrific attack in Lakewood by a hate-filled man—who ran over Jewish pedestrians in a vehicle he carjacked and stabbed another while spewing antisemitic slurs—was a chilling reminder that no one anywhere is immune from the evil manifestations of this pernicious hate,” said Smith.

According to the latest data from the FBI, 55 percent of all religiously motivated hate crimes are committed against Jews, who comprise approximately 2.4 percent of the US adult population.

“Antisemitism won’t go away by ignoring it or wishing it away,” said Smith. “It must be defeated.”