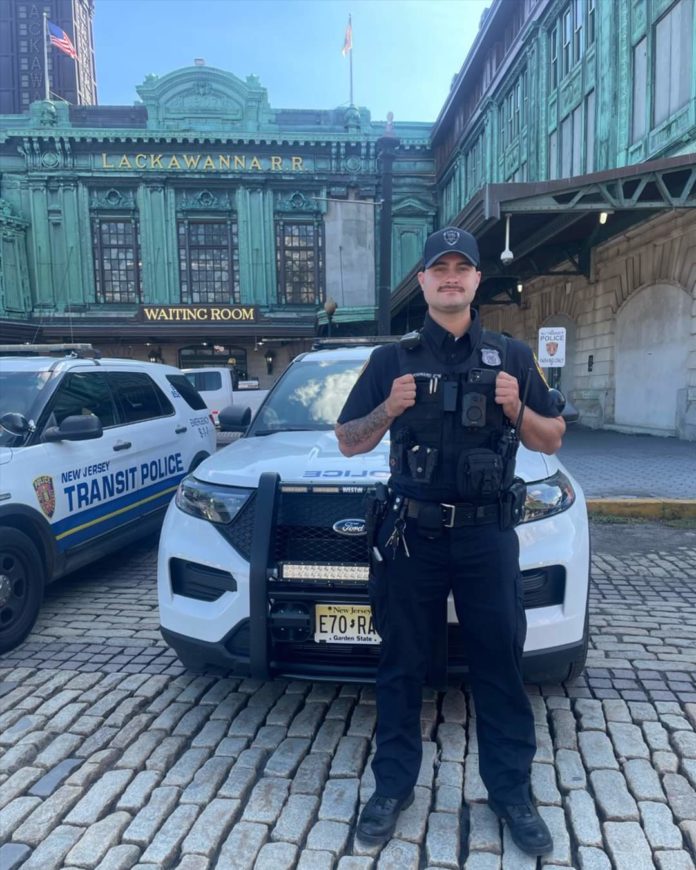 The New Jersey Transit Police Department announced that this past Tuesday, off-duty police officer Zach Sjosward was fishing from shore at Island State Park Beach in Seaside Heights. He and two friends were at a location which was not staffed by lifeguards.⁣
⁣
Officer Sjosward went to retrieve an item from his vehicle and upon his return, both of his friends were unaccounted for. They had both been swept away from shore. While scanning the area, Sjosward noticed one of his friends in the water, struggling to stay above the surface.⁣
⁣
The friend was being pulled by an apparent rip current. To rescue his friend, Sjosward grabbed a body board from his vehicle and entered the water. He swam to his friend’s location and attempted to drag his friend to shore via the bodyboard. This was unsuccessful as the board’s line snapped. The board was ultimately swept away. Sjosward subsequently utilized his Water Survival and Intervention training to bring his friend to shore via a rescue technique. ⁣
⁣
With one friend on shore, Sjosward again drew his attention to the water. He observed the other friend partially submerged and being pulled away. Despite extreme exhaustion, and with disregard for his own life and safety, Sjosward again entered the water. He made his way to his friend, fought through the current and brought him to shore.⁣
⁣
Sjosward flagged down a passing motorist who assisted in calling 911 and both friends were transported to urgent medical aid. They would ultimately survive.
⁣