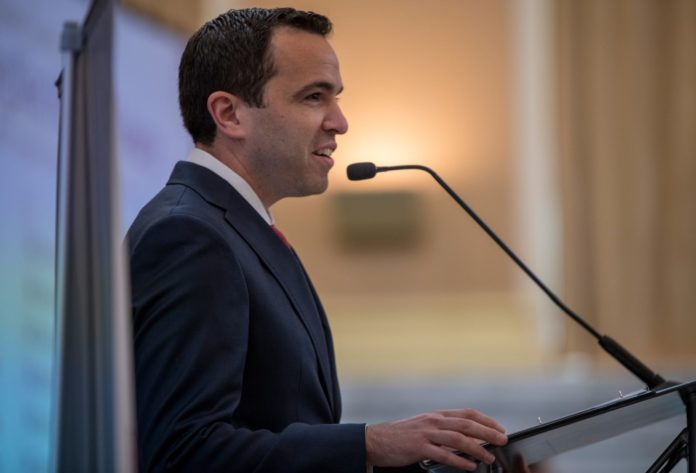 Attorney General Matthew J. Platkin today announced the creation of a new office within the Division of Criminal Justice that will focus on pursuing major financial crimes, including securities fraud, and holding white collar criminals accountable for their wrongdoing.

The newly created Office of Securities Fraud and Financial Crimes Prosecutions (OSFFCP) will enhance existing efforts to prosecute financial crimes by creating a dedicated office charged specifically with investigating and prosecuting crimes that undermine the fairness and integrity of our financial systems, exploit investors, and prey on vulnerable individuals across the State of New Jersey and beyond.

The OSFFCP will focus on the most significant securities and financial crimes impacting individuals and companies that reside or do business in New Jersey – from corporate corruption and market manipulation to Ponzi Schemes and investor scams. The office will seek to ensure that those who commit financial crimes are held accountable and disgorged of their ill-gotten gains, while also seeking to recover funds for victims. Attorney General Platkin has tapped Assistant Attorney General Pablo Quiñones, a respected and experienced financial fraud prosecutor, to serve as the inaugural leader of the Office.

“We’re putting fraudsters and wrongdoers on notice – if you harm our residents and violate our financial and securities laws, you will be held accountable, no matter how powerful you are,” said Attorney General Platkin. “Our new Office is laser focused on identifying, investigating, and prosecuting financial predators of all types, and joining the impressive, existing work of our civil and criminal teams in this area. I am thrilled that a seasoned prosecutor like Pablo Quiñones is leading this effort, and his experience prosecuting financial crimes makes him a perfect fit for this new role.”

Among the financial crimes that the OSFFCP will investigate and prosecute include:

• Schemes to defraud or deceive;

• Corporate and white-collar crimes, including those committed by corporate

executives, officers, and board members.

“I am both honored and excited by the opportunity to lead the Attorney General’s important effort to combat financial crimes and protect vulnerable victims across the State of New Jersey,” said Quiñones. “I look forward to serving the residents of New Jersey and helping to ensure that those who dare to defraud New Jersey businesses and individuals of their hard-earned financial resources are held accountable without fear or favor.”

Quiñones, a resident of Bergen County, served as a prosecutor for more than 10 years, including as an Assistant United States Attorney for the Southern District of New York where he served on the Securities and Commodities Fraud Task Force, handling high-profile insider trading, market manipulation, accounting fraud, and investment fraud cases, and as a Deputy Chief of the Criminal Division’s Fraud Section at the U.S. Department of Justice, leading a specialized unit that developed and implemented enforcement strategies and policies for the prosecution of financial crimes by the largest group of criminal fraud prosecutors in the nation. Before joining OAG, he operated a private law practice serving the Greater New York Area.