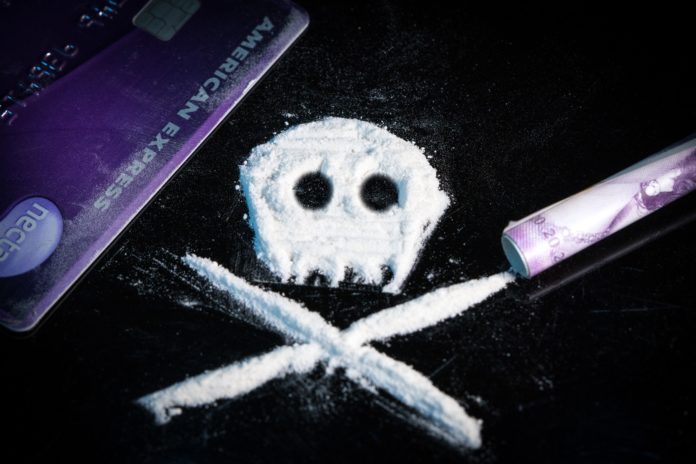 In settlement agreements finalized over the past several weeks, the five companies have agreed to pay as much as $20.1 billion, collectively, to states and local governments across the nation as redress for their role in the opioid epidemic. In addition to holding the companies financially accountable, the settlements require them to make significant changes to their business practices to prevent similar crises in the future.

“The devastation caused by the opioid addiction crisis cannot be measured in dollars and cents. No amount of money can undo the pain and suffering it has wrought. But these settlement funds will help New Jersey heal and move forward,” said Attorney General Platkin. “By working together to hold accountable companies that created and fueled this crisis, and compelling them to change the way they do business, we are putting measures in place to ensure this never happens again.”

“New Jersey, like states across the nation, is still grappling with the catastrophic impact of an addiction crisis brought on and perpetuated by the misconduct of companies that made, distributed, or dispensed opioids in a manner that put profit ahead of the health and safety of the public,” said Cari Fais, Acting Director of the New Jersey Division of Consumer Affairs. “We will continue to seek justice on behalf of the victims of this tragic — and entirely preventable — epidemic through settlements like these that hold companies accountable for their misdeeds and obligate them to provide millions of dollars to help mitigate the damage they have done.”

“Thanks to previous opioid settlement funds, NJ CARES was able to announce several new programs in 2022, including the Child Trauma Response Initiative and Opt for Help and Hope,” said Kelly E. Levy, Acting Director of the Office of the New Jersey Coordinator for Addiction Responses and Enforcement Strategies (“NJ CARES”). “In 2023 and beyond, we are hoping to launch new initiatives and continue our efforts to tackle the opioid crisis with these additional settlement funds.”

“This new settlement will enhance our continued efforts to save lives, connect New Jerseyans to support and treatment, and improve prevention efforts, while further holding those entities who played a role in sparking this epidemic accountable,” said Human Services Commissioner Sarah Adelman. “I thank Attorney General Platkin for taking steps to ensure New Jersey receives these resources, and look forward to working with the Opioid Recovery and Remediation Advisory Council to ensure settlement funds are used effectively. The goal – as always – is to find ways to save lives and quell this epidemic.”

The settlements with CVS, Walgreens, and Walmart resolve allegations that the pharmacy chains helped fuel the opioid epidemic by ignoring red flags that prescriptions were being diverted into illegal trafficking. In addition to the financial settlements, the pharmacies have agreed to court-ordered injunctive relief that requires the pharmacies to monitor, report, and share data about suspicious activity related to opioid prescriptions.

The settlements reached with Allergan and Teva resolve allegations that the drug makers helped fuel the U.S. opioid epidemic by overstating the painkillers’ benefits, downplaying the risk of addiction, and failing to maintain controls to prevent opioid misuse. Teva, an Israeli-based drug manufacturer, makes Actiq and Fentora, which are branded fentanyl products for cancer pain, as well as a number of generic opioids, including oxycodone. Ireland-based Allergan formerly made Norco- and Kadian-branded and generic opioids. The company sold its generics portfolio, including opioid products, to Teva in 2016.

In addition to the financial settlements, Allergan and Teva have agreed to injunctive relief strictly limiting the marketing, promotion, sale, and distribution of opioids. The companies have also agreed to provide documents and funding for a document repository, and Teva has agreed to a monitor who will enforce compliance with the injunctive relief terms for a period of five years. Allergan’s settlement payments will be spread over seven years; and Teva’s settlement payments will be spread over 13 years.

The funding New Jersey receives from all five settlements will be split 50/50 between the State and its eligible subdivisions pursuant to the Memorandum of Agreement Between the State of New Jersey and Local Governments on Opioid Litigation Recoveries, which establishes binding terms for the distribution and spending of funds from any National Opioid Litigation Resolution and is applicable by its terms to these five settlement agreements.

The settlements announced today are the latest multistate accords resolving nationwide claims against drug makers and pharmacies for their alleged roles in the opioid addiction epidemic.

In February 2022, the Attorney General’s Office announced that New Jersey was to receive an historic $641 million from settlements with opioid manufacturer Johnson & Johnson and the country’s three largest pharmaceutical distributors — McKesson, Cardinal Health, and AmerisourceBergen. The $641 million in settlement funds will be paid through 2038, and will fund programs focused on treatment, prevention, and other strategies to combat the opioid epidemic in the State.

In June, AG Platkin announced New Jersey would receive approximately $30 million in settlement funds from global pharmaceutical maker Mallinckrodt PLC. In August, he announced a multistate agreement in principle with opioid maker Endo International plc and its lenders that would provide up to $450 million to participating states and local governments, ban promotion of Endo’s opioids, and require Endo to turn over millions of documents related to its role in the opioid crisis for publication in a public online archive. Final settlement amounts for individual states have not yet been determined.

Also in August, Governor Murphy issued Executive Order No. 305 establishing an Opioid Recovery and Remediation Fund Advisory Council chaired by Commissioner of the Department of Human Services Sarah Adelman and comprised of the Attorney General and the Commissioners of the Departments of Health and Children and Families, along with relevant stakeholders, who will provide input, advice, and recommendations on the disbursement of opioid settlement funds awarded to the State.