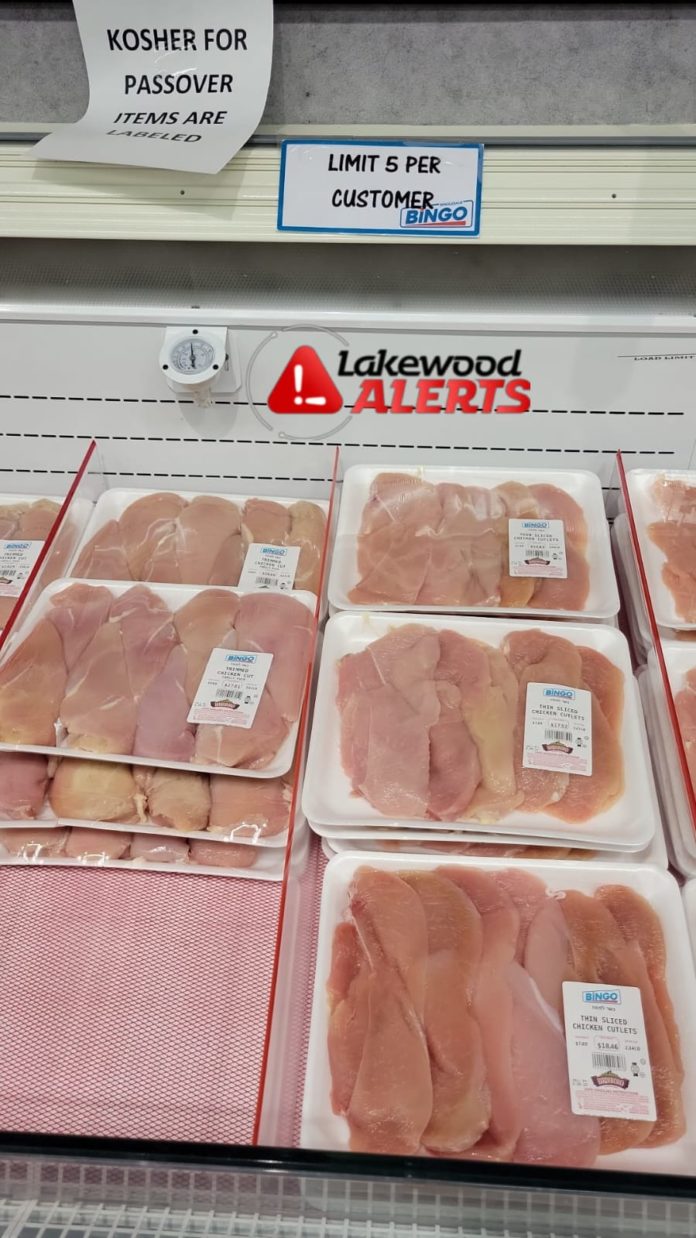 People with insider knowledge of the meat and poultry industry have told Lakewood Alerts that consumers should beware of a major shortage of chicken, as well as a significant rise in the cost of eggs that may result as well.

According to the inside sources, two of the three major shechita houses that serve the Lakewood community and beyond are either functioning well below their normal levels or are closed completely due to a severe labor shortage.

Some Lakewood residents have told Lakewood Alerts that they have been noticing less chicken available on supermarket shelves in recent days, and a popular local eatery was recently seen buying chicken at a local store – presumably due to their regular chicken shipments being halted or cut down in quantity.

“Chicken and eggs will be in high demand because of Pesach, but there is simply not enough supply to cover for that demand,” the kashrus insider told Lakewood Alerts. “The time to stock up on chicken and eggs is now.”

On Motzei Shabbos, Moadim L’Simcha confirmed that they are having trouble filling orders for their customers due to a “significant shortage of chicken.”

In a motzei shabbos email sent to people who ordered through the bulk-ordering service, Moadim L’Simcha wrote:

An employee at a premier local supermarket tacitly told Lakewood Alerts that there is indeed a shortage of chicken affecting inventory, saying that the supermarket has been saving up chicken and freezing it, with the expectation that they will need to use their reserves as incoming shipments dwindle.

“We also don’t sell the family packs [of chicken] anymore, and we will often keep stuff behind the counter, with customers having to specifically ask for it,” he said. “That said, we don’t officially have a limit on how much chicken a customer can buy.”

Not all supermarkets are going with no limits on customer purchases. Bingo has already placed a limit of five packs of chicken per customer. While they do not provide a reason for the limit, it is certainly presumable that it is due to the chicken shortage now affecting Lakewood and beyond.