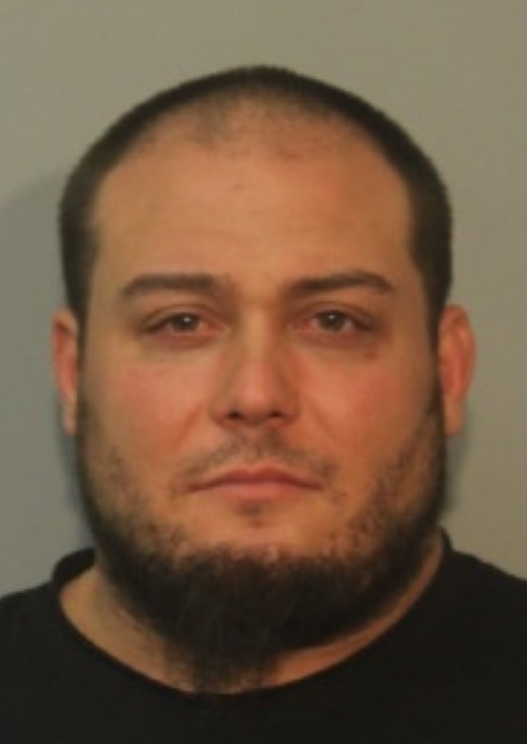 John Bailey, 36, of Bayville, has been sentenced to 20 years New Jersey State Prison as a result of his previously entered guilty plea to Carjacking, relative to an incident that occurred in Lakewood Township nearly four years ago.

On December 5, 2018, Officers from the Lakewood Township Police Department were summoned to the area of Hearth Court for a report of a carjacking. Responding Officers learned that a 20 year-old female was sitting inside her motor vehicle, outside of her home, when an unknown male approached her and asked for directions as well as a ride. The female gave the male directions, but declined to give him a ride.

A short time later, the male returned to the vehicle, pounded on the window, and broke the glass. The male then entered the vehicle, sat on the female victim, and began to choke her.

The male proceeded to drive the vehicle away with the victim trapped inside, and threatened to kill her if she did not remain quiet. The victim was ultimately able to open the passenger side door of the vehicle, and jumped out as the vehicle was in motion.

The victim ran to a nearby house and the police were called. The victim was transported to Monmouth Medical Center Southern Campus in Lakewood for treatment of multiple injuries including a bite mark to her leg, a laceration on her head, and wounds to her neck.

Later in the day on December 5, 2018, the victim’s vehicle was found abandoned in Jackson Township with blood stains on the rear driver’s side door and quarter panel.

On June 5, 2020, the New Jersey State Police Office of Forensic Sciences advised that the DNA profile obtained from the blood stain on the vehicle was a possible match to John Bailey.

On October 13, 2020, a court-ordered buccal swab was taken from John Bailey and compared to the DNA profiles obtained from the blood stain and bite mark on the victim’s leg. On January 4, 2021, the New Jersey State Police Office of Forensic Sciences confirmed that John Bailey was the source of the DNA found in the victim’s bite mark and the blood stain in her vehicle. On January 5, 2021, Bailey was charged with Carjacking on a warrant and entered into the National Crime Information Center database as a wanted person. On January 26, 2021, Bailey was apprehended by members of the Ocean County Sheriff’s Office/United States Marshals Service Task Force in Perth Amboy, New Jersey. Bailey was transported to the Ocean County Jail, where he has been lodged since the date of his apprehension.