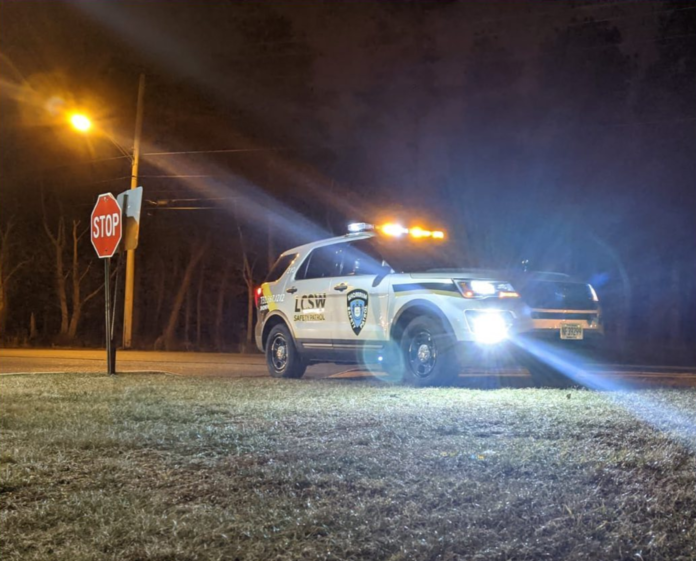 Lakewood Shomrim applauds it’s members for their hard, relentless work on Friday as they assisted in the pursuit of the suspected who carried out several attacks against Lakewood’s Orthodox Jewish population.

Shomrim members immediately began to canvass the area in search of the suspect and collect footage, which later proved crucial in his capture.

Our members were then dispatched to reports of a pedestrian struck in a hit-and-run on New Central Avenue and Central Court, with members gathering information regarding the vehicle.

As Shomrim members cleared the scene, they were directed to an area where an attempted abduction had taken place, once again gathering information on the suspect and the vehicle he arrived and fled in.

Just minutes before Shabbos, Shomrim members were alerted to a stabbing incident near Pine Circle and Lakewood New Egypt Road.

With numerous Shomrim members fanned out across Lakewood, a group of members at the scene of the stabbing attack were able to pull footage from two nearby homes, with the video showing that the vehicle the attacker arrived in was the one carjacked earlier in the day.

Throughout Friday night, Shomrim members patrolled the streets of Lakewood, and responded to the scene as reports of yet another hit-and-run attack, this time in Jackson.

As our members were deployed to Jackson, Shomrim was notified that the vehicle had been located by our law enforcement partners and that the suspect was on the loose.

A tight perimeter was set up by Shomrim members in the area of White Road, West Gate, and southeast Jackson area to ensure the safety of nearby residents.

Late into Friday night, Shomrim received notification from law enforcement that the suspect had been placed in custody in Manchester Township. At that point, our members cleared the area.

Lakewood Shomrim expresses heartfelt thanks to the Lakewood Police Department, Central Jersey Hatzolah, the Jackson Police Department, the Ocean County Sheriff’s Department, the Ocean County Prosecutor’s Office, the Office of the Attorney General, the New Jersey State Police, and the NJ Office of Homeland Security for their swift response, utmost professionalism and incredible talent in resolving the disturbing attacks against Orthodox Jews in Lakewood and Jackson.

Important: If you see or hear something suspicious, or if you have footage of a crime being committed, please do not hesitate to call the Lakewood Police Department and Lakewood Shomrim, who are trained to use your information to ensure the safety and security of Lakewood. The smallest bit of information can go a very long way in resolving crime and deterring future such incidents.