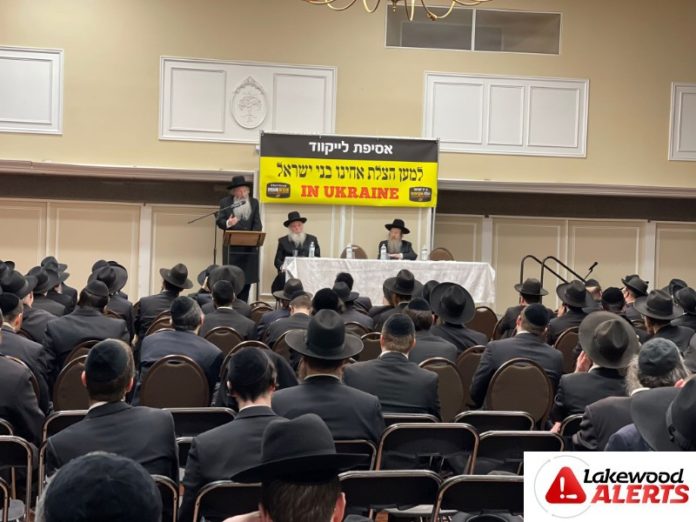 An emergency asifah on Tuesday evening brought out thousands of Bnei Torah from the Lakewood community where the Roshei Yeshiva urged them to respond to the call of the hour; hatzolas nefoshos of our brothers and sisters in Ukraine who are suffering the unimaginable.

“A Desperate Call: Neshomos for Money”

Rav Shmuel Dishon, shlit”a—who has been involved in the work of kiruv in Ukraine and Russia for close to forty years, and has accompanied countless dire situations in that region—recalled the time, eithty years ago, when Rav Michoel Ber Weissmandl negotiated with Eichmann, ym”sh, for the release of ‘sols for money’—but American Jewry didn’t heed his call. “None of us here this evening should have to feel the guilt that Rav Michoel Ber, zt”l, lived with for the rest of his life!” thundered Rav Dishon. “We must do everything in our power to rescue Yidden from the danger, and alleviate their terrible suffering!”

“The rescue and relief efforts are extremely difficult, and truly dangerous. They add up to astronomical sums in the millions! But, for now, we at least have the possibility of saving the lives of men, women, and children! It is a race against time.”

Following this, the Rosh Yeshiva, Rav Malkiel Kotler, shlit”a, delivered divrei brocho to the gathering, noting the greatness of all those who participate in this mitzvah.

‘Now is the Time to Open Your Heart!’

Rav Yitzchok Sorotzkin, shlit”a, exhorted the tzibur to identify with the suffering of our brothers and sisters in Ukraine—and that the greatest accolade said about Moshe Rabbeinu is ‘vayar b’sivlosam,’ to feel the pain of Klal Yisroel. He recalled that during WWI—eerie echoes of which we are seeing in these days in the suffering that we are witnessing throughout those very territories—the Chofetz Chaim slept on the hard floor every night. He was asked what he would gain by this, to which he replied, ‘It hurts!’ And the same applies to us in these horrific moments; the suffering of our brethren must affect us to the core!” 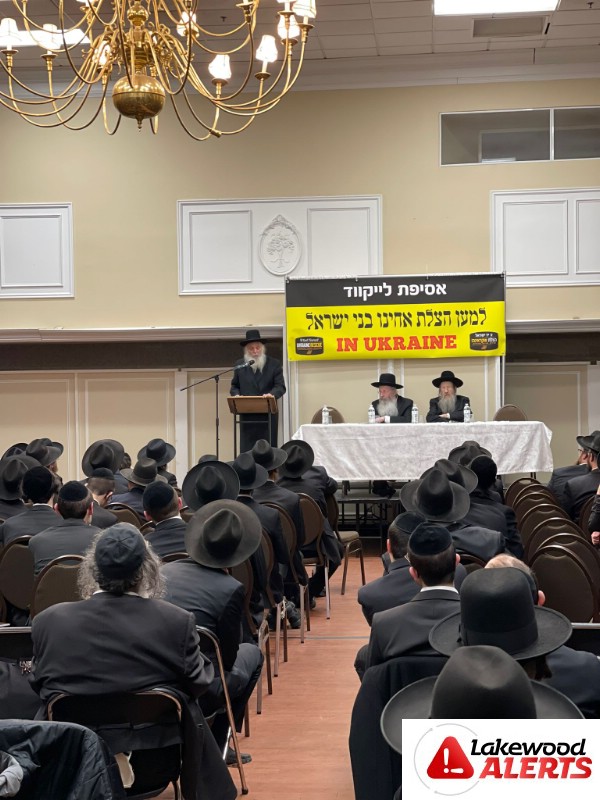 “They are in a sakonoh gedolah! The Rambam says that the greatest mitzvah that will ever come to a person is pidyon shvuyim! It this involves pikuach nefesh, and so many other mitzvos asei and lo sa’sei! Now is the time to open you hearts! Now is the time to open your pockets! This is the call of the hour; to see to do everything you can to do pidyon shvuyim for these Yidden!

“We ask each and every family to give a minimum of $500, and those who can should give thousands!”

The event was addressed live by videoconference by Rav Moshe Fhima of Pinsk, Belarus, who has emerged as a malach of rescue… guiding dozens of busloads of men, women, and children out of Ukraine. The first rays of sunlight could be seen in the background of his office… as this man has rarely slept in the last three weeks, working around-the-clock to save lives and feed the refugees.

Rabbi Fhima gave a firsthand account of the harrowing rescue, and the terrible suffering of tens of thousands of Ukrainian Yidden, and the desperation to get them out. “Just yesterday, one of our talmidim who remained behind to help others get out, was in his car with his child, in the Zhytomir region, when he came face to face with a Russian tank. As he attempted to grab his child from the car to escape, the Russians shot him and his child, Hy”d. 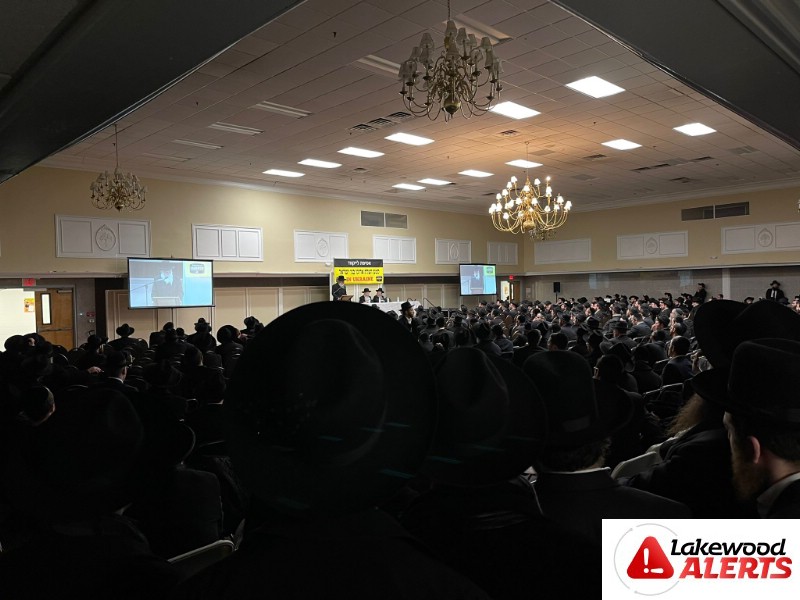 Rabbi Fhima explained that among the refugees are thousands of precious bnei Torah from beautiful communities throughout Ukraine—each and every one of which we must assist in getting out. “The other night we had forty bachurim from the Yeshiva in Odessa making their way toward the border… but they were detained. We worked feverishly to get them out, an ordeal which took days—even as the ongoing rescue and relief work did not cease for a moment.

“Sometimes, people say, ‘I can only imagine what you are going through.’ But, even as I sit here, I cannot imagine what I am witnessing!” intoned Rav Moshe.

“To Moldova alone, we have sent 2,000 people— people who would likely still be in Ukraine at this moment. In addition to the physical danger that these tens of thousands of people find themselves in, they are in mortal spiritual danger—as all the work that has been invested into them has now come to a halt,” he explained.

The jam-packed audience was left deeply moved with the call of the Roshei Yeshiva and askonim, mobilizing to do everything in their power to assist our brothers and sisters who are experiencing unimaginable calamity—resolving to support the work of Yad Yisroel in rescue and relief, while davening fervently for yeshu’os.

CLICK HERE TO DONATE TO THIS EMERGENCY CAUSE NOW! 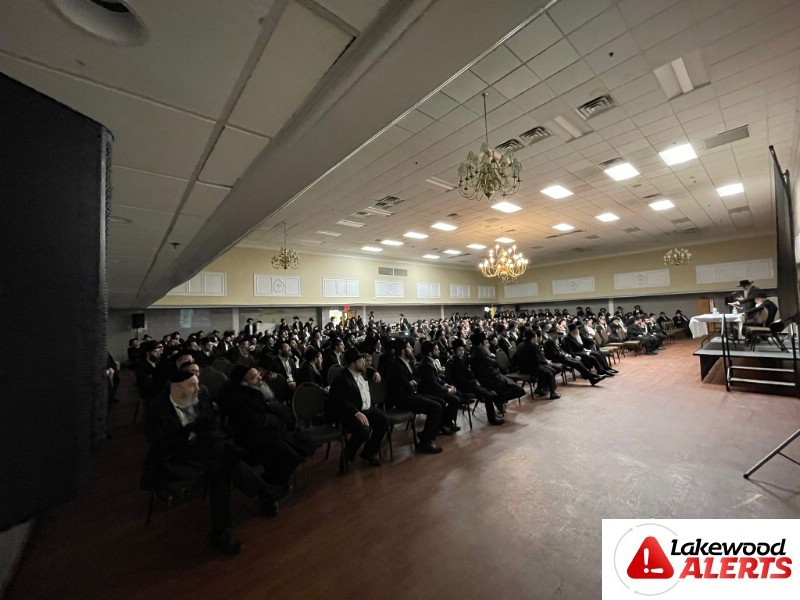