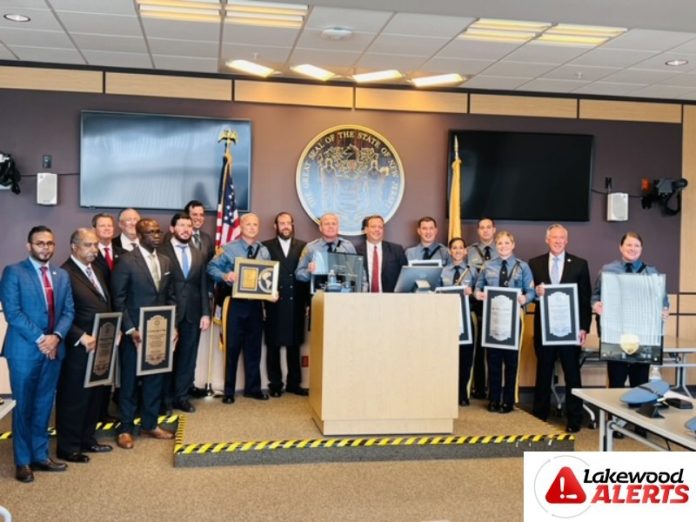 Gratitude and collaboration were the themes of the day as community leaders recognized exceptional members of the New Jersey State Police for the exemplary service and dedication they provide to the Garden State’s growing Orthodox population.

The Rabbinical Alliance of America and Police and Community Working Together hosted the celebratory event held on August 30th at the ROIC at NJSP headquarters in Trenton. NJSP Superintendent Colonel Patrick Callahan and First Deputy Superintendent Wayne Korte were among those who were honored for their ongoing efforts, with particularly strong relationships forged with the Jewish community in recent years.

National Chaplain Association co-founder Israel Bursztyn and Agudath Israel of America’s New Jersey Director Rabbi Avi Schnall were among several who credited the NJSP for its continued partnerships with the Jewish community.

“Whether they are patrolling our roadways, our streets or taking a strong stance against anti-Semitism, the NJSP are a credit to our state,” said Rabbi Schnall. “While we are publicly expressing our appreciation to members of law enforcement today, we are grateful to them daily for their selfless efforts.”

“The NJSP continues to distinguish itself by taking a strong stance on bias crimes as anti-Semitism has risen steadily statewide,” added Lakewood Committeeman Meir Lichtenstein, who presented a plaque on behalf of Central Hatzolah. “Each one of today’s honorees is truly deserving, having gone above and beyond the call of duty to ensure public safety in our communities.”

Achiezer Community Resources President Rabbi Baruch Bender spoke about the importance of maintaining good relationships with the NJSP. Rabbi Bender said that he felt honored to be standing among such decorated law enforcement personnel and thanked those being honored for working closely with the community.

“We are honored to have such dedicated partners in the NJSP and feel blessed to have the opportunity to recognize them for their efforts,” said Rabbinical Alliance of America Executive Vice President Rabbi Mendy Mirocznik.

“Our relationship with the NJSP has never been as strong as it is today,” added NJSP Chaplain Rabbi Abe Friedman. “We express our deepest gratitude to all of the honorees for their vital work and keep them in our hearts and our prayers on a daily basis.” 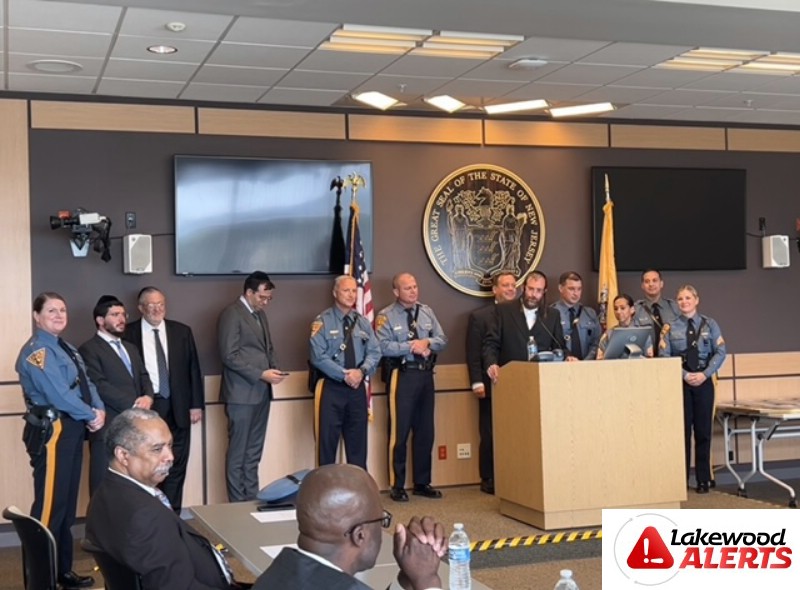 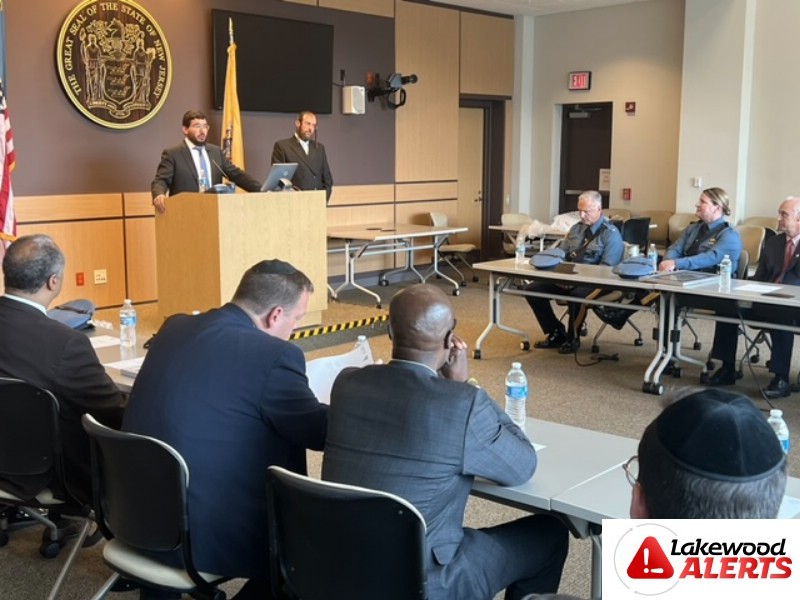 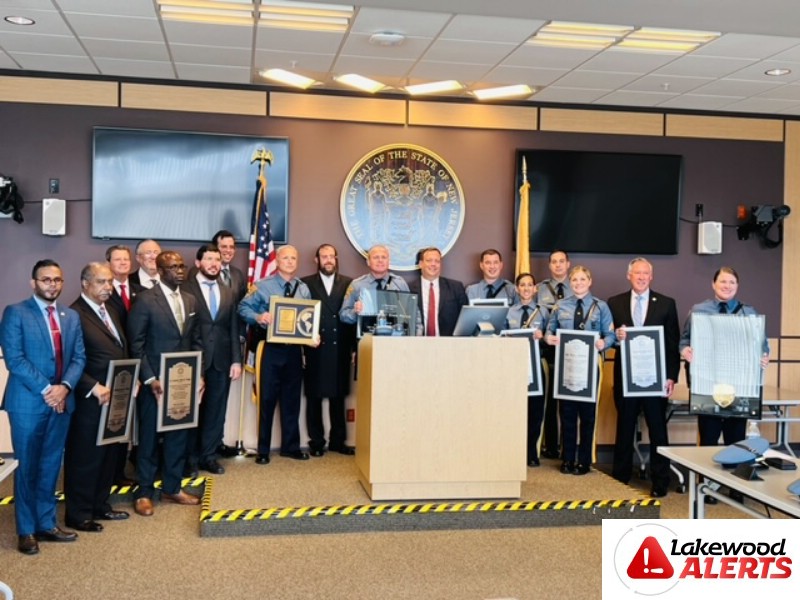 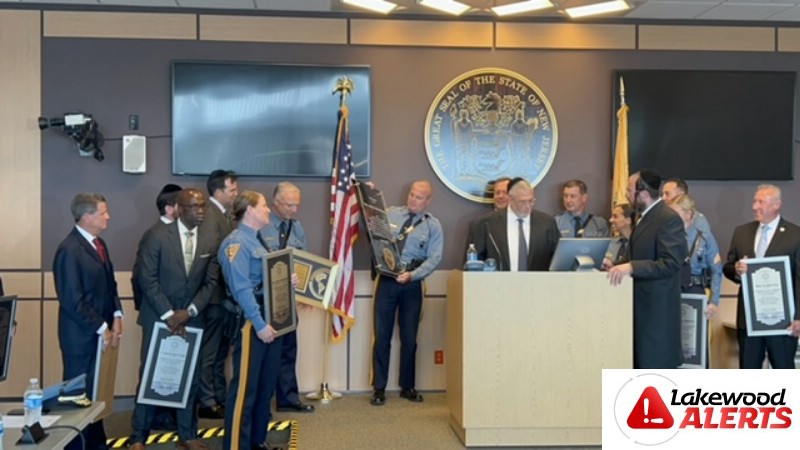 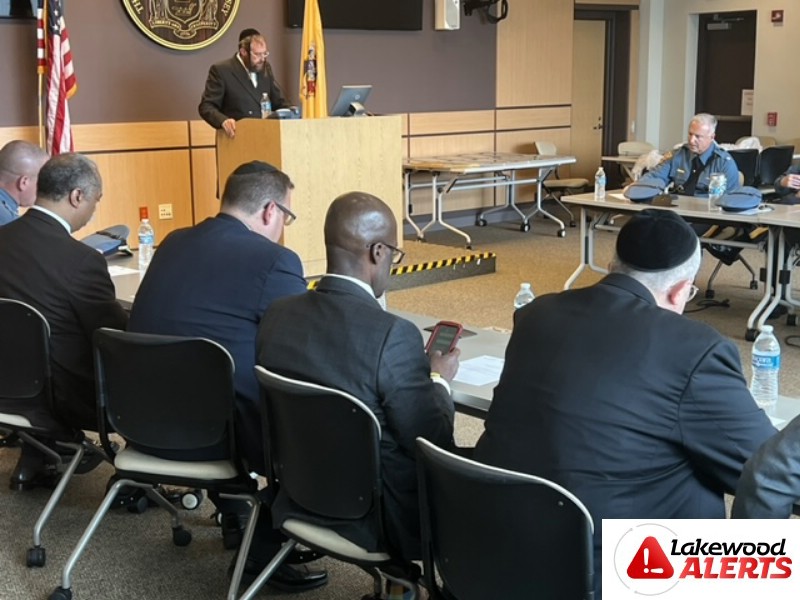 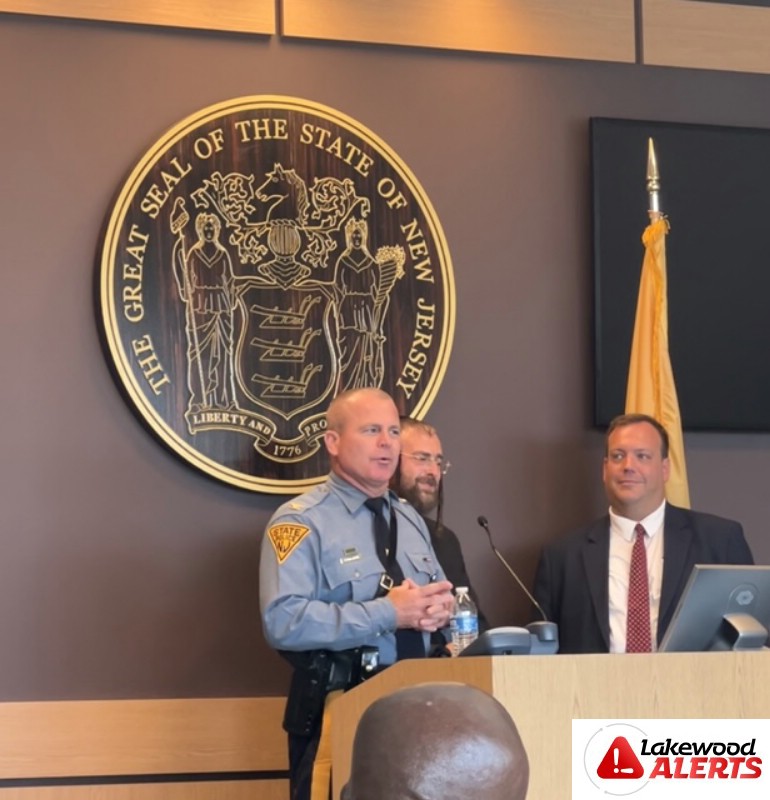 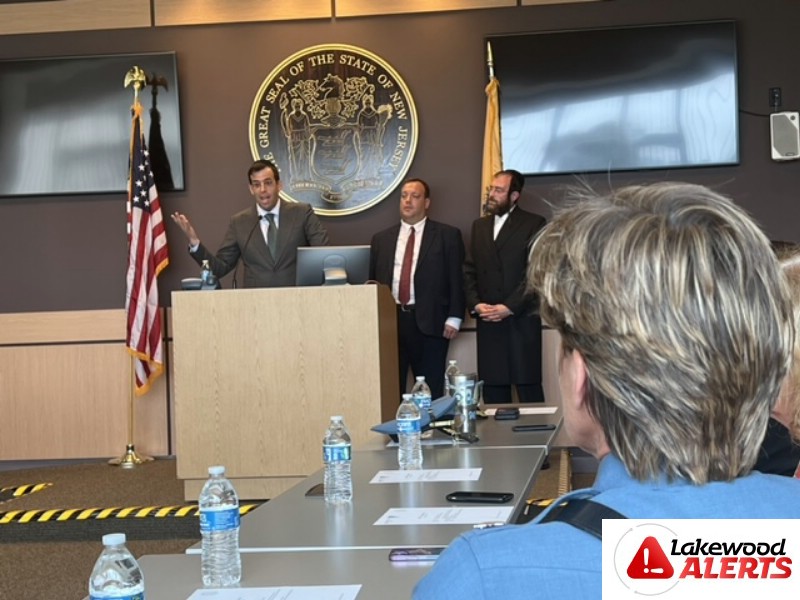