Jackson Man Sentenced to 7 Years in Prison for Leaving Scene of Fatal Accident, Fleeing to Mexico 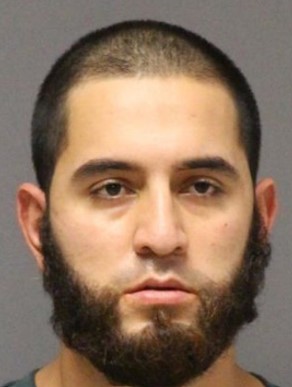 Ocean County Prosecutor Bradley D. Billhimer announced that on May 13, 2022, Roberto Alcazar-Sanchez, 28, of Jackson, was sentenced to seven years New Jersey State Prison as a result to a previously entered guilty plea to leaving the scene of a fatal accident in Jackson Township on December 24, 2020.

On December 24, 2020, at approximately 6:00 p.m., Officers of the Jackson Township Police Department were summoned to the area of Cedar Swap Road and I-195 for a report of a motor vehicle crash with serious injuries. An investigation by the Ocean County Prosecutor’s Office Vehicular Homicide Unit and Jackson Township Police Department revealed that a 2010 Mercedes Benz, driven by Norman Shtab, 83, of Howell Township, was exiting I-195 at Exit 21. His wife, Phyllis Shtab, 81, also of Howell, was a passenger in the vehicle. As Mr. Shtab was attempting to make a left-hand turn onto Cedar Swap Road, his vehicle collided with a 2003 Chevrolet Silverado.

On December 30, 2020, a warrant was issued for the arrest of the driver of the Chevrolet Silverado – identified through continuing investigation to be Alcazar-Sanchez – who fled the scene of the December 24, 2020 crash on foot.

Further investigation revealed that Alcazar-Sanchez then fled the United States and traveled to Mexico. On March 3, 2021, Alcazar-Sanchez surrendered himself to United States Customs and Border Patrol Protection Agents in Laredo, Texas. He was ultimately extradited back to Ocean County, and has remained lodged in the Ocean County Jail since his return on March 31, 2021.