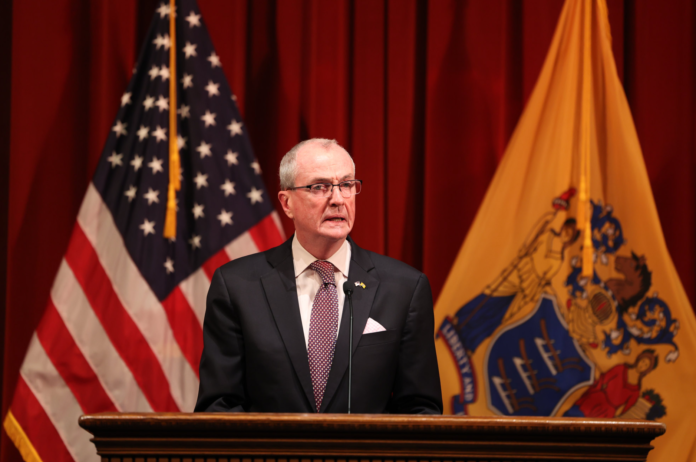 Governor Phil Murphy held his long-delayed second inaugural ball at MetLife Stadium on Thursday night, an event that was paid for by a nonprofit formed by Murphy allies that does not disclose its donors.

The ball was a black-tie, outdoor event featuring various lawmakers, lobbyists, state figures and officials, and even some supporters who paid $300 to attend.

“It’s better late than never,” Murphy said on the stage.

“We’re celebrating tonight but living in a very challenging time,” the tuxedo-clad Murphy said. “They have declared war on the American woman. And we are gonna fight back. Let’s not forget the fight we’re still in.”

The governor also pointed to the Covid-19 pandemic and the war in Ukraine as major issues still affecting New Jersey and the world at large.

The event was paid for by New Jersey Forward, a “dark money” nonprofit which, as a 501(c)4 organization, is not required to disclose its donors and is not obligated to limit the amount donors give to the organization.

The party at MetLife concluded with fireworks shot into the sky over the stadium.