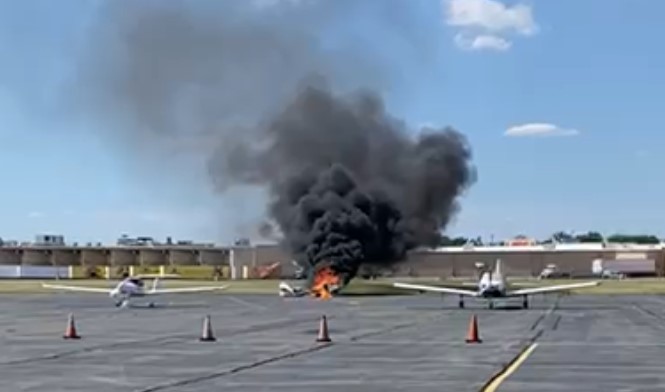 An Orthodox Jewish man is Bichasdei Hashem alive after his airplane caught fire while taxiing on the runway in a new Jersey Airport.

Emergency officials tell YWN that at approximately 3:25 p.m. Linden Emergency Dispatch was notified of a plane on fire at the Linden Municipal Airport, 1101 W. Edgar Rd.

First responders arrived on scene and quickly located a 2003 Fixed-wing, single-engine aircraft engulfed in flames on the taxiway. The fire was quickly extinguished by Linden Fire Department personnel.

The sole occupant of the plane, a 40-year-old Boro Park resident, exited the plane before emergency personnel arrived. He was transported to St. Barnabas Burn Center with burns to his arms and lower extremities.