Route 295 near Trenton was shut down early Monday morning after five electric and hybrid vehicles being transported on a truck caught fire during the early morning commute.

While regular car fires can usually be quickly extinguished, the lithium-ion batteries found in hybrid vehicles can burn hotter and longer, requiring a greater measures to put it out. 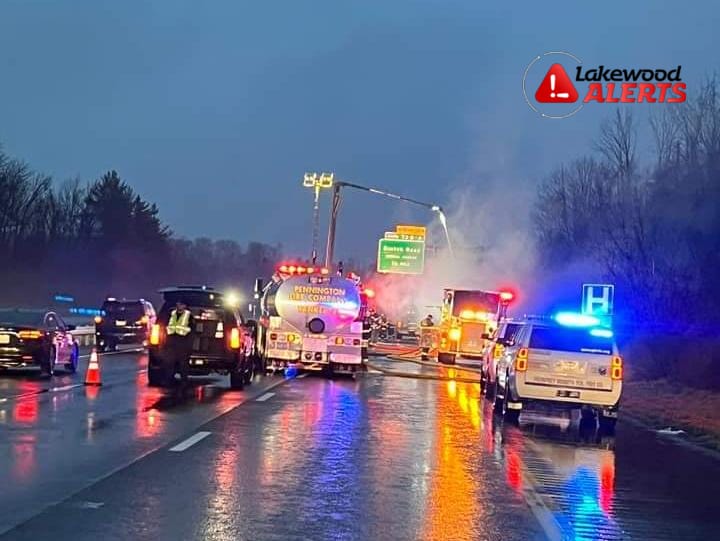