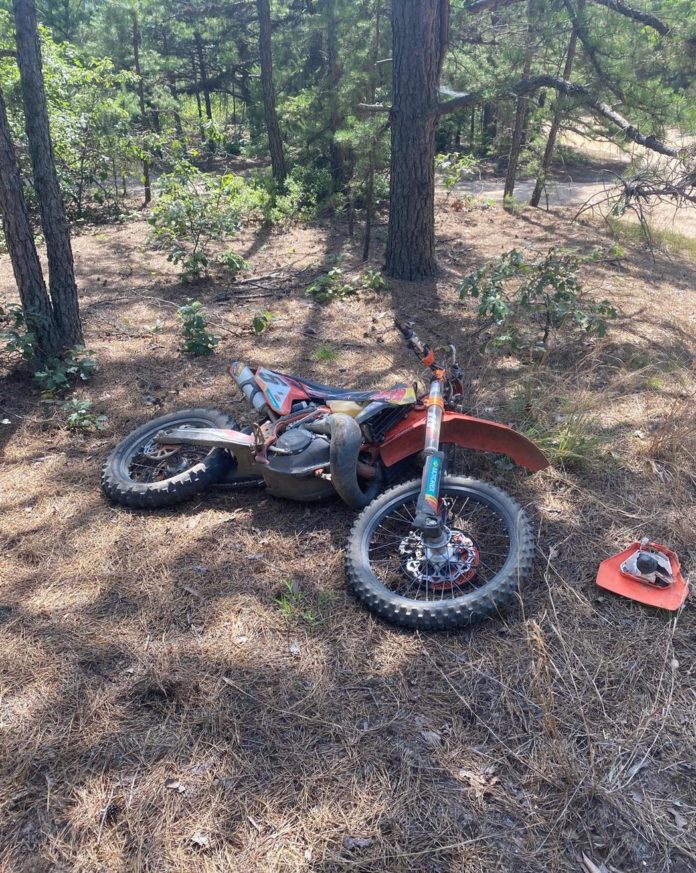 A 22-year-old dirt biker was seriously injured after losing control and slamming into a tree in Manchester.

A 911 call was made after locals found the biker unconscious on private property.

“The operator of the dirt bike was identified as 22-year-old Deivid Barbosa-Pereira of Newark, NJ. Mr. Barbosa-Pereira suffered extensive legs injuries and was medevaced to Jersey Shore University Hospital for further treatment.