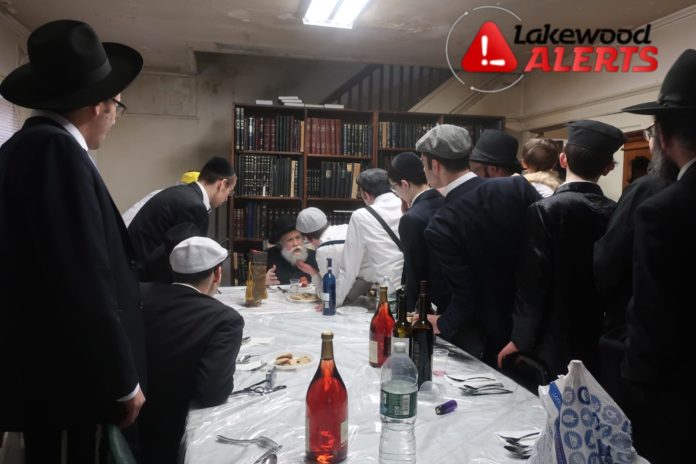 In a letter signed by the four BMG roshei yeshiva, the Lakewood and surrounding communities are being asked to sponsor bochurim to learn on Purim, rather than have them go around collecting funds for their yeshivos.

Last year, due to Covid, bochurim called people for donations rather than going around collecting, with tremendous success. The roshei yeshiva have therefore decided to urge the same be done this year. 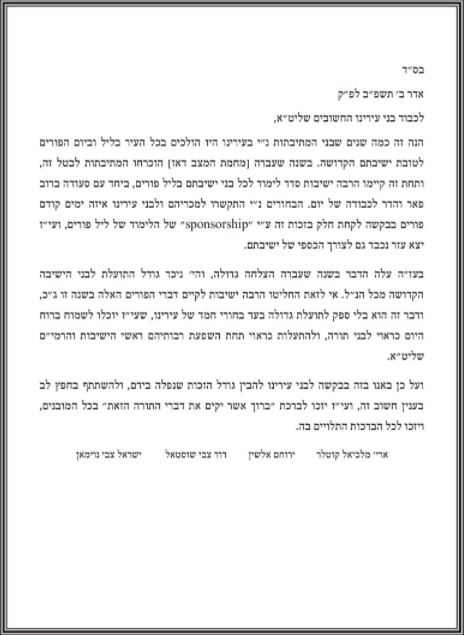