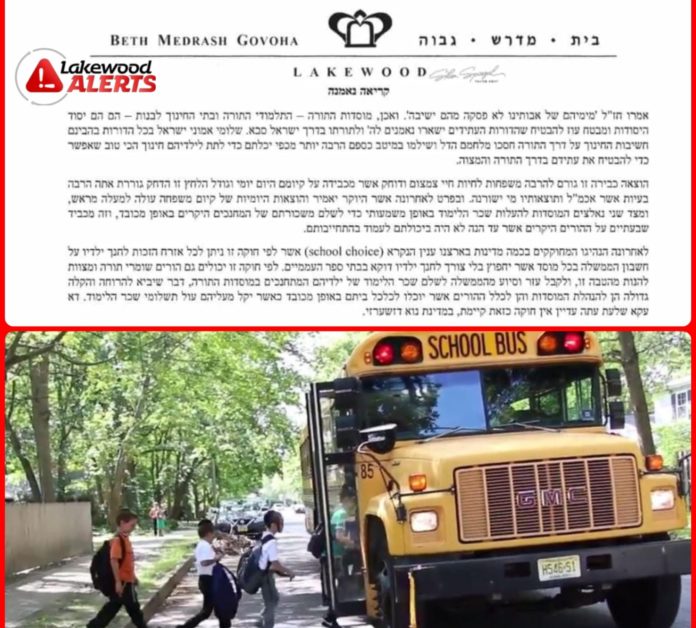 The roshei yeshiva and poskim of Bais Medrash Govoha have expressed their support for a newly formed coalition that will revive and expand efforts to obtain tuition relief for students in private and/or religious schools across New Jersey.

The coalition, named United Education of New Jersey, is the brainchild of philanthropist Lazer (Louis) Scheiner of Adirei HaTorah fame. The coalition is not composed of only representatives from frum New Jersey communities, but is rather a diverse alliance of various faiths and communities for whom proponents say this effort, if successful, would benefit.

The coalition stated in a press release that it will not wade into general political issues and will focus exclusively on urging state lawmakers and officials to support and vote for measures that would be of value to private schools and their students, most specifically tuition relief to ease the burdensome cost of private and parochial education.

The coalition says it intends to use various strategies to reach its goals, creating a massive voting bloc of pro-voucher New Jerseyans all pushing lawmakers for tuition relief.

A letter signed by BMG’s roshei yeshiva and poskim gives implicit endorsement to this new effort by urging Lakewood residents to vote only for candidates who support tuition relief for private schools. 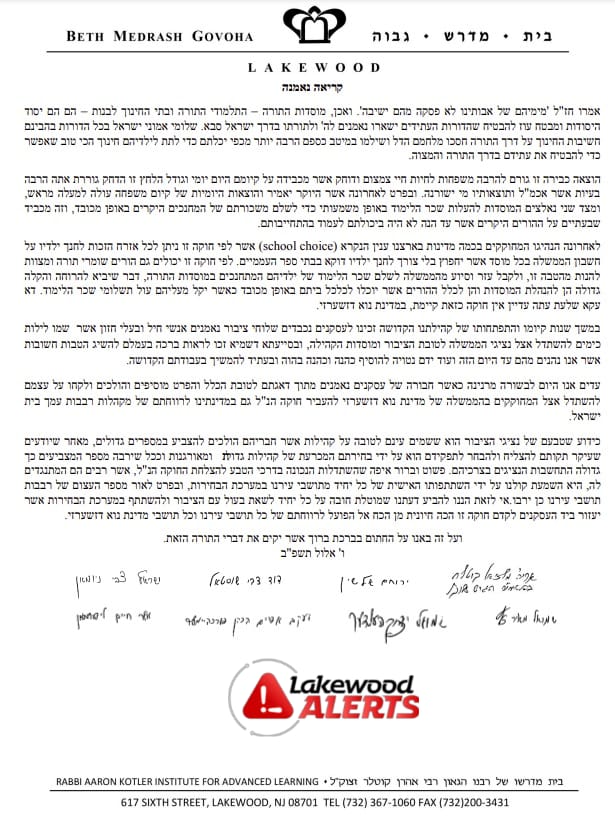 Some, however, tell Lakewood Alerts that while the coalition’s efforts are admirable, the possibility of achieving its goal of tuition relief for private schools in New Jersey is a longshot.

“They may not realize the amount of power the teachers union wields in New Jersey,” one behind-the-scenes critic told Lakewood Alerts. “On top of that, a voting bloc that is heavily concentrated in Ocean County, a Republican stronghold, has far less power on a statewide level when New Jersey is a deep-blue state.”

“And that doesn’t even take into account a basic cost-benefit analysis which would show that private school tuition relief would equal a net-negative from the state in terms of school expense assistance, and would result in even higher tuition costs,” he added without delving into the details.

The website for United Education of New Jersey can be seen here.