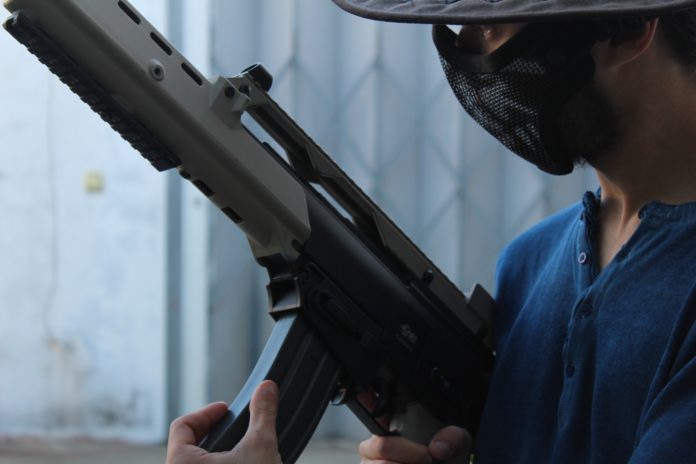 Today Acting Attorney General Matthew J. Platkin co-led a group of 20 Attorneys General in filing an amicus brief supporting an important new federal rule regulating “ghost guns”: unserialized weapons that are often made at home from kits or partially complete frames and receivers that can be purchased without background checks. Such weapons are illegal in New Jersey.

The rule would help ensure that buyers pass background checks before purchasing such kits and that law enforcement officers can trace any self-made guns later used in a crime. It would also limit gun traffickers’ ability to distribute these illegal weapons into New Jersey.

“We must use every tool at our disposal to address the epidemic of gun violence, and this proposed rule will help New Jersey and other states reduce the number of dangerous, untraceable firearms in our communities,” said Acting AG Platkin. “This rule is another commonsense measure to keep residents safe, and will help save lives.”

According to the New Jersey State Police, 139 ghost guns were recovered by law enforcement in the state so far this year. Of these, 23 were used in shootings. Last week, Gov. Murphy signed a bill to increase criminal penalties for ghost guns in New Jersey. Absent federal enforcement, however, these dangerous weapons have continued to proliferate. The Final Rule from the Bureau of Alcohol, Tobacco, Firearms, and Explosives (ATF) helps curb this problem by serving as a vital backstop to existing state efforts to stem the flow of ghost guns.

The ATF’s Final Rule regulates ghost guns by clarifying critical definitions in the Gun Control Act. Specifically, the Final Rule makes it clear that weapon parts kits and partially complete frames or receivers—the key building blocks for ghost guns—are “firearms” under the Act if they can be readily converted to function as such. In making this sensible clarification, the Final Rule helps ensure that these kits and partially complete frames or receivers are subject to the same serialization and background check requirements as conventionally manufactured guns. This helps close a dangerous loophole in firearms regulation that enabled people to evade existing gun laws and get their hands on these dangerous weapons.