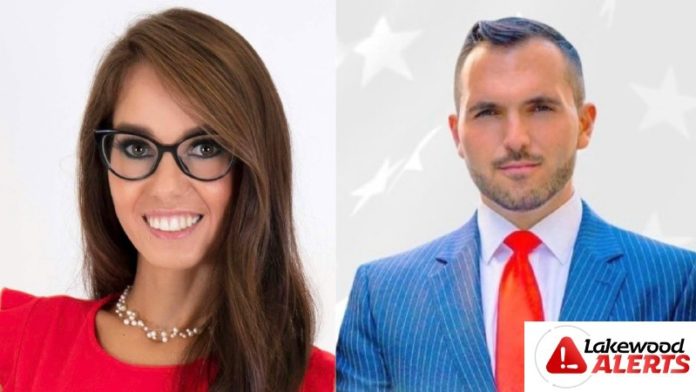 Smith challenger Mike Crispi and Haines challenger Ashley Lamb showed up to the meeting without an official invite and attempted to speak and hand out flyers. The two – neither of whom are Jackson residents – were told that being that no candidates were invited to speak they weren’t either, leading to a commotion and a request for police officers to restore order.

“This was absolutely the worst way for any politician to present themselves; one would think they ought to know better,” Jackson Mayor Mike Reina told Lakewood Alerts.

“When you ask to go to someones house, you don’t kick the door in. You ask politely,” he said. “To be shouting and interrupting when others are speaking is deeply unprofessional. When aspiring politicians do this it sends a clear message to voters: look elsewhere.”

Mayor Reina added that despite the incident, the meeting was positive and showcased a united Republican front ahead of the June midterms and November general elections.

“To see everyone come together – both new members and old, the unity and harmony was truly heartwarming,” Reina said. “We have a plethora of new members who are fantastic supporters of the Republican organization and their attendance and participation added tremendously to the proceedings. The positives of that meeting far outweighed the minor inconvenience that challenging candidates caused.”

Some Jackson Republican Club insiders expressed their sentiments that the current leadership of the organization is to blame for what happened.

Had this been the case, “the leadership would have been over ruled by the floor and the challengers would have had the vote to speak”.

“This was just the opposite, the Jackson Regular Republican Club stood up in support for all the incumbents,” as told to Lakewood Alerts.