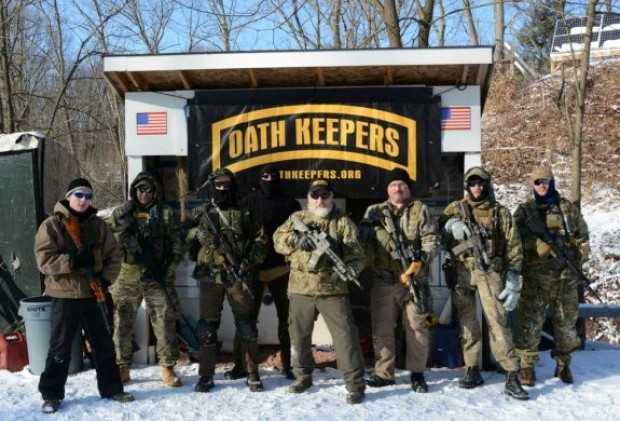 A disturbing report from Distributed Denial of Secrets shows that many far-right Oath Keepers extremists live in New Jersey, including right here in Ocean County.

The Oath Keepers were a key group involved in the storming of the U.S. Capitol on Jan. 6th last year in an attempt to keep Joe Biden from becoming president.

The Anti-Defamation League says the Oath Keepers are a large but loosely organized collection of right-wing anti-government extremists who are part of the militia movement, which believes that the federal government has been coopted by a shadowy conspiracy that is trying to strip American citizens of their rights.

The Oath Keepers are widely seen as a group of racist, antisemitic, and anti-government people, though its members include people from various backgrounds.

A former member of the Oath Keepers group testified this Tuesday that he left the group after those he was in touch with began denying the reality of the Holocaust’s atrocities, saying that it was the final straw for him.

The report from Distributed Denial of Secrets states that there are 550 Oath Keepers in New Jersey alone, including 61 in Ocean County, 52 in Monmouth County, and 49 in Bergen County – all counties with sizable Jewish populations. Some of the Oath Keepers shown in the report even listed their residence being at the McGuire-Dix base in Jackson, and one lives in Lakewood, though it isn’t known if he is an active member of the group.