What on Earth Is That? Helicopter Carrying “Hula Hoop” Raises Eyebrows 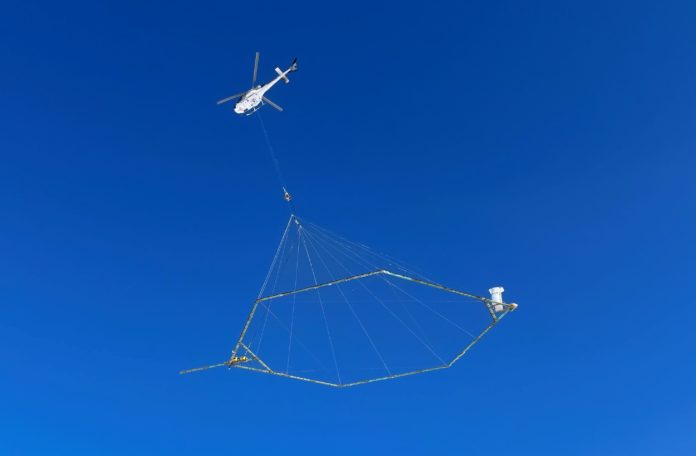 If you’ve seen a helicopter flying around south Jersey with a strange, hula hoop-looking contraption handing from it, you’re not alone, and no, you haven’t gone crazy.

The helicopter and its weird-looking contraption is from United States Geological Survey, which is currently conducting its Next Generation Water Observing System project in the Delaware River basin.

The USGS says that the project is one in which they are collecting information to gain a better understanding of how coastal storms are affecting our local drinking water supply. The hula hoop thingy is essentially a large sensor that picks up tiny electromagnetic signals that can be used to map features below Earth’s surface. This allows scientists to get the information they need from inside Earth without actually digging into it.

USGS scientists say they expect to release their conclusions from the study about a year after finishing up their observations.