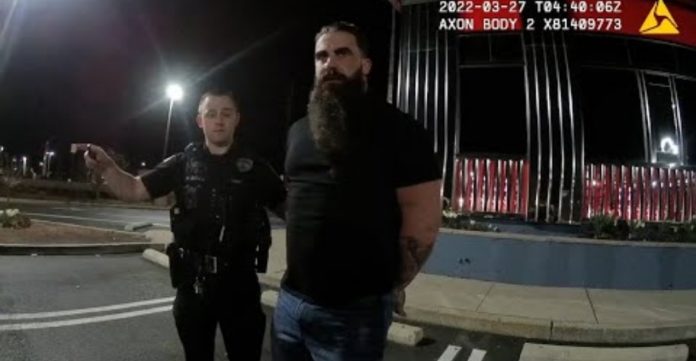 The Cinnaminson Police Department has released the vehicle and body cam footage of the DWI arrest of gym owner Ian Smith, who rose to fame defying Governor Murphy’s lockdown orders. He is now running for Congress in the 3rd District, seeking to win the GOP nomination to challenge incumbent Democrat Andy Kim.

Smith was pulled over in the early hours of March 27th after officers observed his vehicle failing to maintain lanes.

Smith told the officers that his failure to maintain lanes was due to his vehicle’s “death wobble” – in which a steering wheel can move despite a driver’s best intentions otherwise.

However, an officer noticed Smith’s bloodshot eyes and the smell of alcohol, and made him take field sobriety tests, which he failed. He was then placed under arrest.

His campaign has since demanded that the Cinnaminson Police Department release the footage of his arrest, which they have now done.