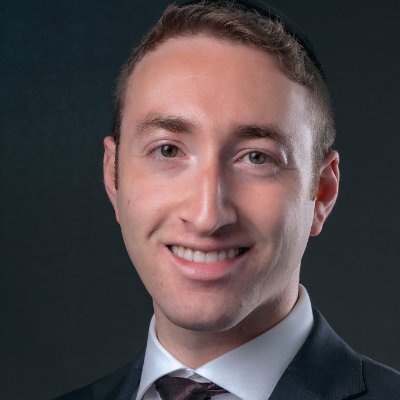 Veteran frum Lakewood reporter Shlomo Schorr announced that he is leaving journalism and joining Agudath Israel of America as Associate Director of its New Jersey office.

Schorr is a longtime reporter, having worked at various news outlets including the Lakewood Shopper, Mishpacha Magazine, and most recently the New York Times, where he covered New Jersey news, including the recent threat to New Jersey shuls. His Times article on that story can be read by clicking here. 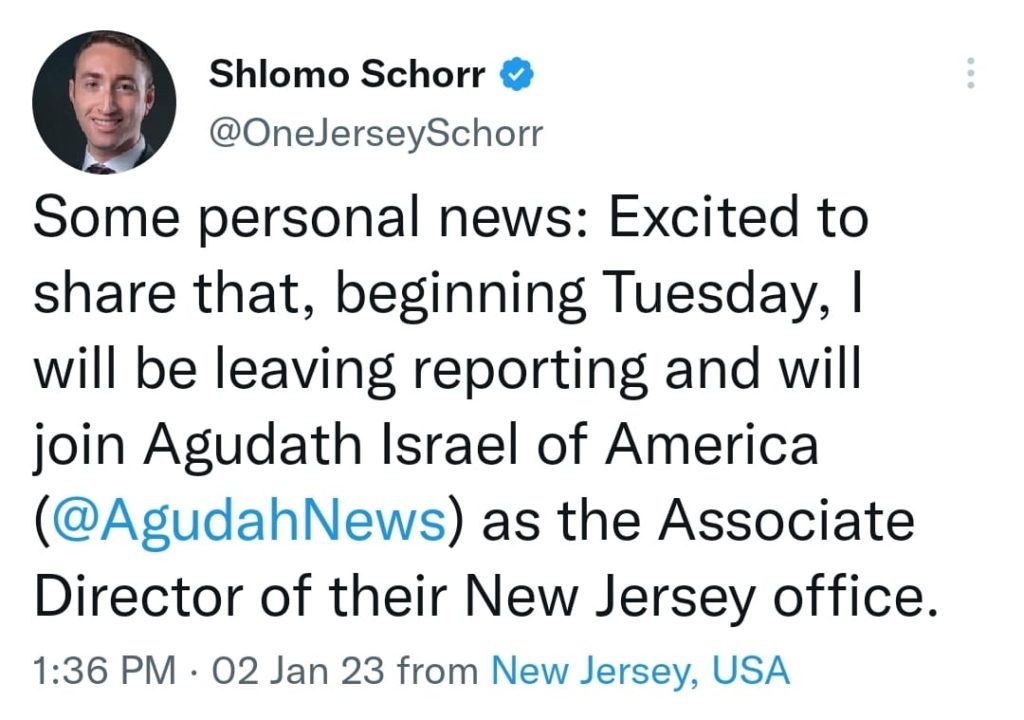 A phenom in the news and media industry, Shlomo has gained a considerable level of respect among reporters, politicians, and other people of influence – and a great modicum of respect.

His responsibilities at Agudah will be wide-ranging, including a strong focus on legislative priorities and Trenton politics, as well as coordinating various activities the Agudah’s expanding presence in New Jersey entails.

“It is an honor of a lifetime to join Agudath Israel, the foremost organization working to improve and advance the causes of Klal Yisroel,” Schorr told Lakewood Alerts. “I look forward to working together with Rabbi Schnall to achieve great things for our kehillos in the coming years.”

“Shlomo Schorr is one of the most talented individuals I have ever met, and his addition to our team will provide a tremendous boost to our work,” Rabbi Avi Schnall told Lakewood Alerts. “Shlomo is deeply astute and has a sharp political acumen, and nobody understands the intricacies of Trenton politics quite like he does.”