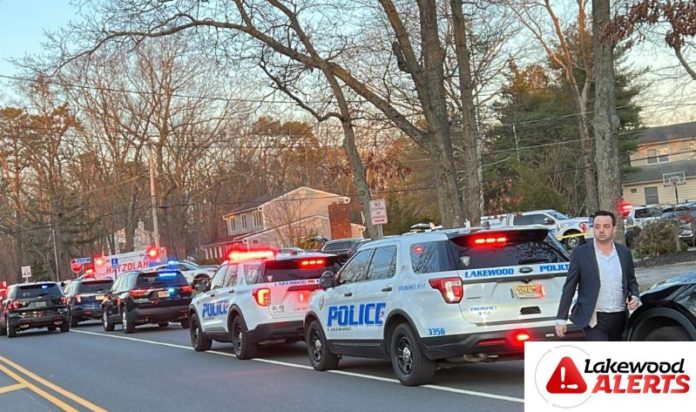 The three patients who remain hospitalized after Friday’s horrifying crime spree in Lakewood have all seen their conditions improve over Shabbos.

Tzvi Aryeh ben Rivka Leah, a young bochur who was stabbed near Pine Circle and Lakewood New Egypt Road at around 7 p.m., has been taken off a respirator and is slowly improving, though he is still in critical condition and needs tefillos.

Moshe Yigal ben Brunyah, the man who was struck near his Jackson home on Galassi Court (off White Road), remains intubated and has bilateral femur fractures. Message from his family: He’s been in the surgical ICU in Jersey Shore since Friday night. He had a four-hour surgery between Friday and Shabbos. He is fully sedated and on a breathing tube, and will be having a 10-15 hour surgery on Monday iy”h. Until then he is staying in the ICU. Please continue davening, we know it’s a hectic time for all of you there it may his suffering brings משיח soon!

The pedestrian who was struck near the Central Court shul at around 6 p.m. remains hospitalized in Jersey Shore University Medical Center but is in stable condition.

The victim of the carjacking, which preceded all of the other events, was briefly treated in a hospital on Friday before being released back home before Shabbos.

All of the incidents were carried out by a sole suspect, 27-year-old Dion Marsh of Manchester Township. He was arrested Friday night and charged with three counts of attempted murder and bias intimidation, as well as other crimes.

Read Lakewood Alerts’ full story on the disturbing incidents and the subsequent investigation and arrest.