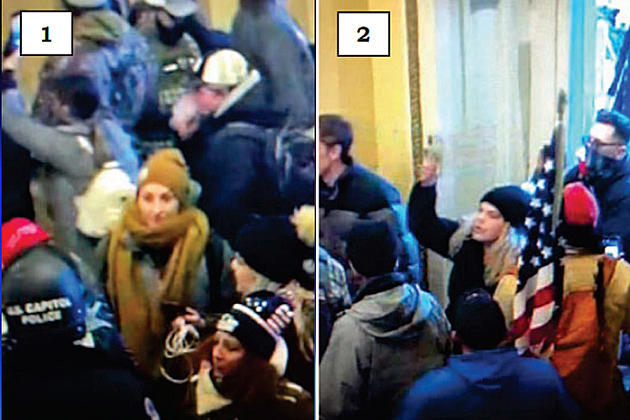 Two women – a corrections officer and a nurse – who were convicted for storming the U.S. Capitol on January 6, 2021 will avoid jail time after apologizing in court for their actions.

Marissa Suarez, who at the time worked as a junior corrections officer in Monmouth County, and Patricia Todisco, an emergency room nurse, both took off from their jobs to attend then-President Trump’s rally in Washington, D.C., before the angry crowd stormed the Capitol in an attempt to prevent Congress from certifying Joe Biden as the winner of the election.

Following the riot, the FBI released photos of both women inside the Capitol, and confiscated video from Suarez saying to Todisco, “”This is what they (Congress) [expletive] wanted, this is what they get.”

A judge has now sentenced both women to 36 months of probation, 60 hours of community service, and slapped them with $2,500 in fines, but gave them no jail time. The decision came after the women apologized and asserted that the incident was no more than a “hiccup” in their otherwise non-violent lives.

Both women are out of their previous jobs. Suarez resigned from her corrections position when she was arrested by the FBI and Todisco has moved to Florida, where she continues to work as an emergency room nurse.