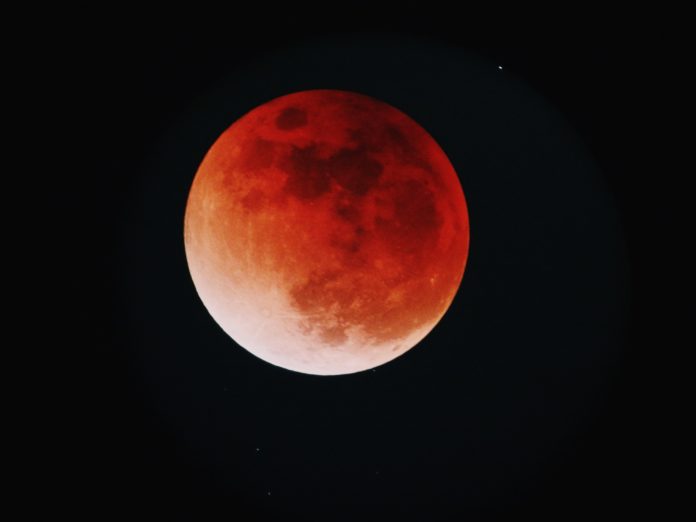 Need an excuse to stay up late Sunday night? Here’s one. The year’s first total lunar eclipse will be visible from New Jersey – including Lakewood and surrounding areas – during which the moon’s color will turn to an eerie copperish red.

The eclipse will be visible for a big chunk of Earth, with an estimated 2.7 billion people in the line of observation for the celestial event.

Shortly after sunset, the left-hand side of the moon will begin appearing dusky. Then, at 10:28 pm, the Moon will begin entering Earth’s central shadow, and it will start to look like someone took a big bite out of our natural satellite.

Once the Moon is about three-quarters into Earth’s shadow, it will begin to look reddish. The eclipse will begin to peak at 11:29 pm and end at around 12:12 am. It will remain reddish in color until after 1 am. The lunar eclipse ends at 1:56 am.

You do not need any fancy equipment to watch a lunar eclipse – it is perfectly safe to watch without special glasses. However, using binoculars or a backyard telescope can help you see the deep redness of the Moon during the eclipse.