Tornado Touched Down in New Jersey on Friday Night 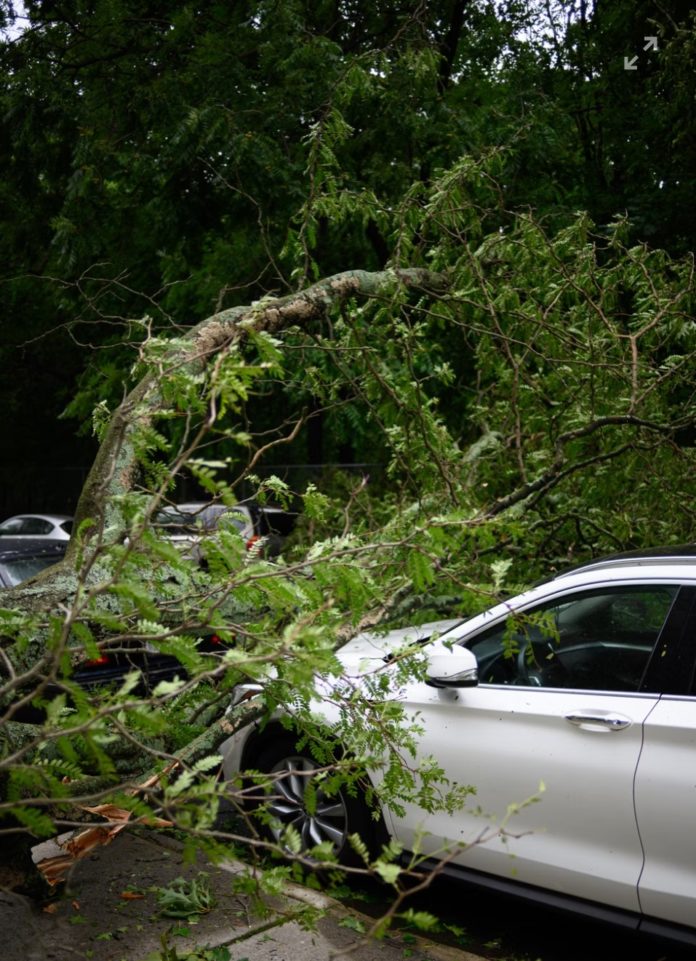 The National Weather Service announced Saturday that a tornado briefly touched down in New Jersey on Friday evening, as powerful thunderstorms were fueled by excessive heat and humidity.

The NWS says the tornado touched down just after 5 pm in Monmouth County, crossing the Garden State Parkway just south of exit 117. The twister was only on the ground for a minute and covered less than a mile.

Rated an EF-0 on the Enhanced Fujita Scale, the tornado had wind gusts up to 85 miles per hour. Some damage was reported on both sides of the GSP, in both Aberdeen and Hazlet townships, though there were no reports of serious injuries or death. An official report from the NWS said the tornado caused “at least a dozen homes” to sustain “cosmetic damage, including vinyl siding blown off, soffit damage, gutter damage, and/or roof shingles blown off.”

The Garden State Parkway itself, and vehicles that were traversing it, were not damaged.