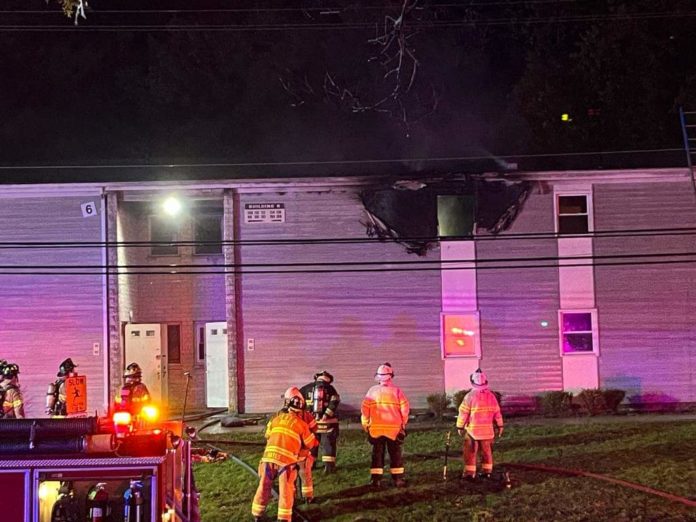 On Sunday October 23rd at approximately 11:19 PM the Toms River Police/ Fire Communications Center received a call for a reported structure fire at the Silver Ridge Apartments located on Lakehurst Road in the downtown area of Toms River.

Police and Fire units immediately responded and observed fire venting out of a second floor window of building number 6. The occupant of the apartment was heard screaming by neighbors who were able to climb to the second floor balcony where she was located and handed her down to other residents of the complex. The female occupant was transported to Community Medical Center and was listed in critical but stable condition and is being treated for severe smoke inhalation.

Toms River Fire Companies No.1 & No.2 responded and advanced a hose line to the second floor and extinguished the fire within a few minutes of arrival.
Firefighters also conducted a search of the apartment for more victims, but none were found. The East Dover and Pleasant Plains Fire Companies responded on the report of a working fire and assisted at the scene. Toms River Police Officers assisted with the removal of the victim and evacuated surrounding apartments.

Three of the apartments were posted as unsafe by the Toms River Building Department. The remaining units in the building were able to be reoccupied by tenants. The Red Cross was contacted to assist with relocation of occupants from those apartments that were affected.