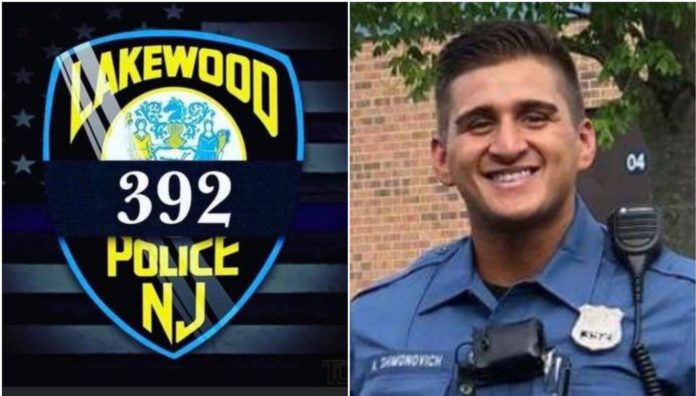 Today marks the second anniversary of the tragic passing of LPD Patrolman Nicklas Shimonivich, who was killed in an off-duty motorcycle crash in Jackson.

The off-duty police officer was driving a 2015 Harley Davidson motorcycle on Thompson Bridge Road in Jackson on Saturday, September 5, 2020, when his motorcycle skidded off the roadway and struck a mailbox and utility pole. Officer Shimonovich was rushed to Monmouth Medical Center Southern Campus in Lakewood, where he was pronounced deceased.

The Ocean County Prosecutor’s Office today paid homage to the fallen officer and his family.

“Our thoughts and prayers are with the family of Lakewood Township Patrolman Nicklas Shimonovich, who passed away two years ago today,” the Prosecutor’s office said in a Facebook post. “Just 23 years-old, Nicklas passed away from injuries suffered in an off-duty motorcycle accident. Please keep Nicklas, his family, friends and fellow officers in your thoughts and prayers today.”