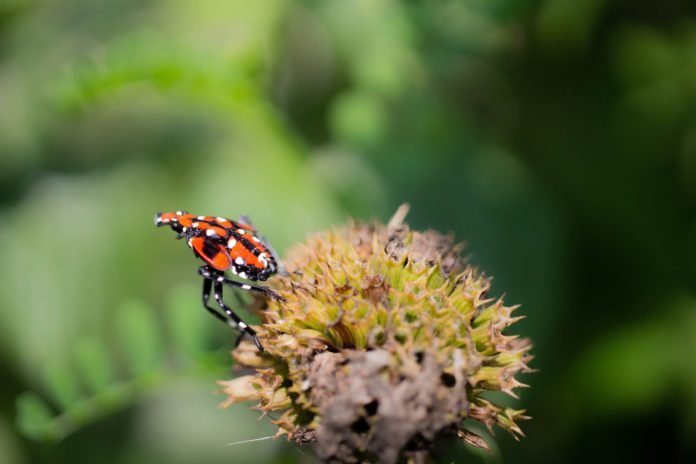 Invasive lanternflies have infested the entire region, and the little ones are reaching a key developmental stage – being able to fly and lay their own eggs, unless of course, you killed them first.

In July, many have noticed that the lanternflies, which were previously all black, have now taken on a predominantly red color. This is a sign of the invasive species maturing in one of a four-stage process toward adulthood.

During the first three stages, the spotted lanternflies are black with white spots; in the fourth and final stage, they become bright red and are covered in both black stripes and white spots.

The lanternflies, once mature, lay massive amounts of eggs, leading to more lanternflies and more trouble for people’s gardens.

Spotted lanternflies, native to parts of China, spread to Japan, South Korea, and then the United States. It is notorious for destroying gardens and plants, but they don’t pose any danger to humans.

Authorities have urged residents who spot the spotted lanternflies to immediately kill them.