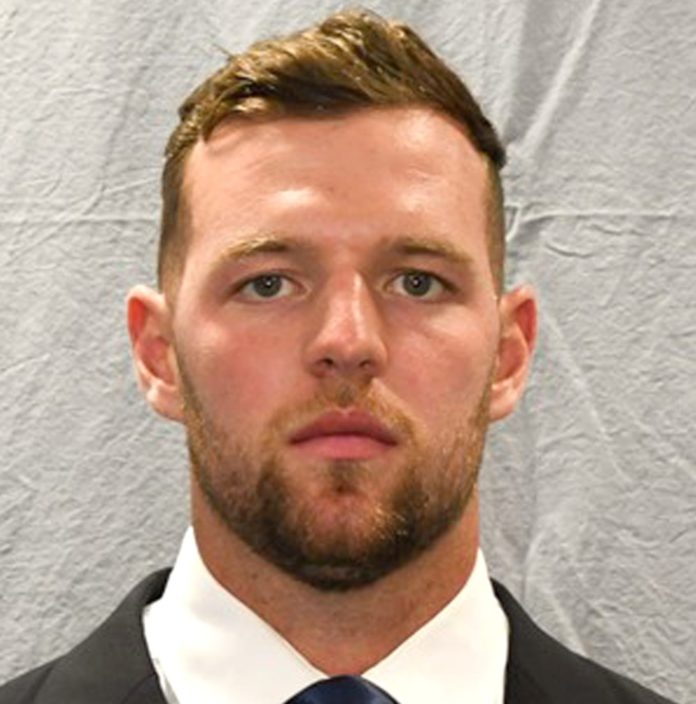 The “Kyle Mullen Naval Safety Enhancements”—a measure authored by Rep. Chris Smith (R-Manchester) to improve medical care and oversight for rigorous military training programs—is now well on its way to becoming law after being accepted by the Senate as part of the finalized version of the FY23 National Defense Authorization Act (NDAA), which passed the House today for a second time by a vote of 350-80.

Named for the 24-year-old Navy SEAL candidate from Manalapan who passed away after the notorious “Hell Week” training, Smith’s provision was first incorporated into the NDAA as an amendment to the original House-passed bill in July.

“Inspired by his tenacious mother Regina—a nurse who knows her son’s death could have been prevented if he had received timely medical attention—this legislation will help protect the lives of courageous men and women like Kyle who aspire to serve our great Nation in some of its most perilous missions,” said Smith.

Specifically, Smith’s provision requires an appraisal of current standards and recommendations for better medical care and oversight of individuals in the Navy engaged in high-stress trainings, like the Navy SEALs, to ensure sailor safety and prevent long-term injury, illness, and death.

“Congress is finally taking much-needed action to ensure proper medical care, aggressive monitoring, and oversight is provided to every Navy SEAL candidate during high-stress training,” said Smith, who has been fighting alongside Regina for months to advance the proposed review through Congress.

According to an autopsy report, Kyle died from acute pneumonia with cardiomegaly as a contributing factor just hours after completing the Navy’s rigorous “Hell Week” training regime in February.

An investigation conducted by the military cleared Kyle Mullen of any wrongdoing, determining that his death was “in the line of duty, not due to his own misconduct.” A larger investigation into the circumstances surrounding his death remains ongoing.

A world class athlete and basketball standout, Kyle was captain of both Manalapan High School and Yale University Football teams before joining the Navy.