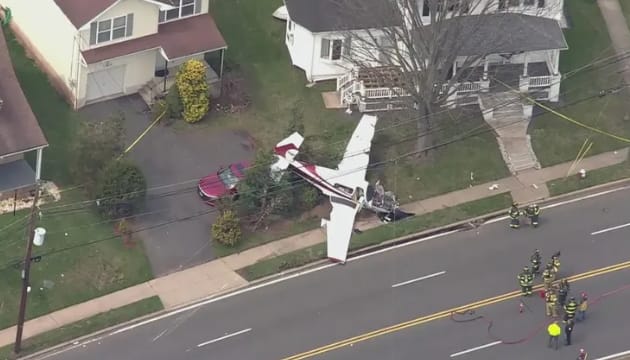 A small plane crashed into the front yard of a home in Manville, New Jersey, a small town in Somerset County, on Monday afternoon.

The crash occurred at around 1 p.m. on South Main Street in Manville, right next to Central Jersey Regional Airport.

The 2006 single-engine Mooney M20M was preparing to land at the airport after flying from Greenboro, North Carolina, when the pilot ran into trouble.

The pilot was the only occupant of the aircraft and was brought to a local hospital for treatment. His condition isn’t yet known.

In September 2019, another single engine aircraft crashed into a cluster of trees in the same general area, with the pilot remaining trapped in the plane for four hours before being rescued by a local tree company. The plane itself remained stuck in the trees for several days.