Should Front License Plates Be Required in NJ? Lawmakers, Drivers Say No 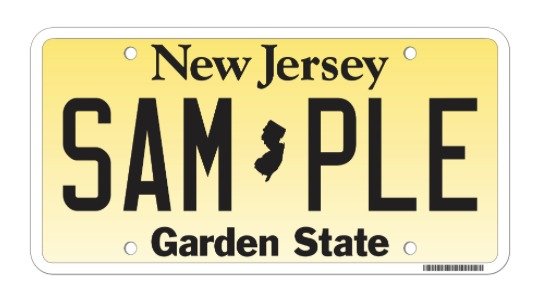 New Jersey lawmakers and drivers are joining forces to have New Jersey drop the requirement for vehicles to have license plates placed on both the back and front of the vehicle.

State Senators Vincent Polistina and Ed Durr have sponsored a bill in the Senate to have New Jersey join the 19 other states that only require plates on the rear of vehicles. Assemblywoman Bethanne McCarthy Patrick has introduced an identical bill in the Assembly.

They are joined by over 11,000 New Jersey motorists who have signed a Change.org petition to change the rule.

Currently, drivers can receive a $100 fine for failing to place a license plate on the front of their vehicle.

“It’s the cost of manufacturing two plates. It’s not a huge savings, but motor vehicle charges would go down,” Senator Polistina said, arguing that the bill could save millions in production costs.

The bill’s sponsors also noted that many vehicles don’t come with brackets to mount a front license plate, forcing drivers to drill holes into their cars. Additionally, they point out that newer hybrid vehicles often need the front grill space to help them cool off.

Not everyone supports the proposal.

”Crime is transient and we’re talking about an era now where our motor vehicle thefts are through the roof,” Wayne Blanchard, president of State Troopers Fraternal Association, said, NJ.com reported.

“Heroin trafficking, fentanyl trafficking, gun violence are through the roof. So why take away a potential public safety tool from the police just to save a few dollars on the motor vehicle side of things. It just doesn’t make sense to me.”