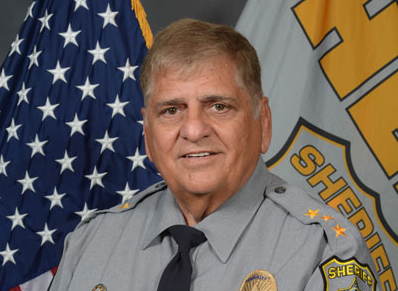 “It has never been more important for us to have a strong Republican Party,” Mastronardy said in a speech kicking off his campaign.

“If we are going to fight back, win, and keep the country we love, we need to be united. We need to fight together – all of us. That is why we must unite here in Ocean County and why I am running for Ocean County Republican Chairman.”

Current Ocean County GOP Chairman Frank Holman announced earlier this year that he would not seek reelection to the post and immediately endorsrd Mastronardy to succeed him.

Mastronardy is also running for a fourth term as Sheriff, a position he was first elected to in 2013. He previously served as chief of the Toms River Police Department.

Mastronardy’s likely opponent, George Gilmore, had previously served as Ocean County GOP Chairman before being convicted on tax fraud charges. He was pardoned by President Donald Trump before serving any jail time.