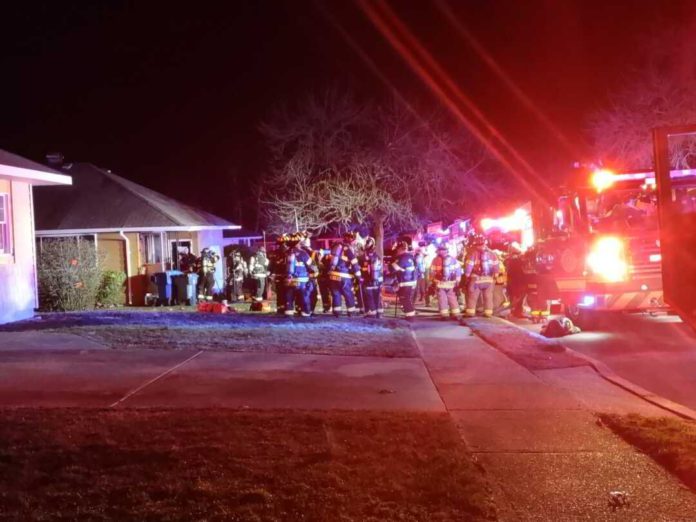 A fire that broke out in a senior community living neighborhood in Toms River on Sunday was determined to have been caused by an individual smoking near an oxygen tank.

The Ocean County Prosecutor’s Office released the following statement on the incident:

During the primary search of the residence, two occupants, later identified as Linda Summerton, 73, and Ricky McMurry, 73, were discovered.  Due to the extent of their injuries, both occupants were airlifted to the Burn Center at Cooperman Barnabas Medical Center in Livingston, New Jersey.  Mr. McMurry remains listed in critical condition, while Ms. Summerton is listed in stable condition.

During the suppression of the fire, three firefighters received minor injuries and were treated at the scene.

“An extensive investigation conducted by the Ocean County Prosecutor’s Office Major Crime Unit-Arson Squad, Ocean County Sheriff’s Office Crime Scene Investigation Unit, and Toms River Township Bureau of Fire Prevention, determined that the fire was caused by careless smoking while oxygen was in use,” Billhimer said today in a statement.