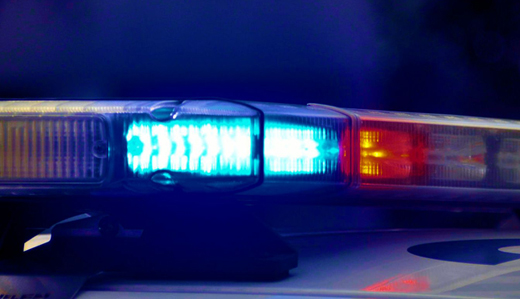 As Jersey Shore towns face the likelihood of more pop-up “parties” like the one Saturday that lured more than 5,000 raucous young adults to Long Branch forcing businesses to close and municipal officials to declare a 9 p.m. curfew, Senator Joe Pennacchio and Senator Robert Singer said legislation they introduced last summer may hold the key to preserving the summer season.

After an early summer pop-up mob last June, Pennacchio and Singer introduced a bill that would expand the legal definition of “riot,” and increase penalties for crimes committed during a riot.

“Our bill would provide communities and law enforcement with the tools necessary to combat these organized mobs,” said Pennacchio (R-26). “If it was passed a year ago, maybe we wouldn’t be worrying about the next ‘event’ that could erupt in violence, property damage and business interruption during the crucial summer season.

“Instead, it was dismissed out of hand by legislative leadership,” Pennacchio added. “We can’t afford many more of these mobs. It is going to be a long, hot summer and shore towns need the help. The Senate can move our bill, S-1206, and give our towns the clout they need. It’s not too late.”

The swarm of rowdy teens that descended on Long Branch this weekend resulted in 16 arrests, disrupted business at shops and restaurants in the Pier Village area, and occupied dozens of law enforcement personnel to disburse the crowds.

The scene was reminiscent of June 19, 2021, when a similar incident prompted Pennacchio and Singer to draft legislation, and one the previous June in Point Pleasant Beach.

“These cases were all promoted heavily on social media, and localities were overwhelmed by visitors, many intent on drinking and smoking pot in public, challenging authority and intimidating residents,” said Singer (R-30), who on Sunday called on Governor Murphy and the State Attorney General’s office to immediately create a task force to prevent similar occurrences and protect coastal communities. “Riots and vandalism will drive visitors away and devastate the summer season. As a state, we cannot afford that.”

Last year, word of another mob led Long Branch to postpone a July 4 celebration and fireworks, and social media activity is already promoting a return to Pier Village set for next month.

“Make no mistake, these are not peaceful gatherings,” Singer continued. “Organizers solicit young people to come out and raise hell. They create situations that are volatile and dangerous. Under our legislation, we can stop these riots before they get out of hand.”

Expands the categories of riot to include aggravated riot, inciting a riot and aggravated inciting a riot.
A municipality has a duty to allow the municipal law enforcement agency to respond appropriately to protect persons and property during a riot or an unlawful assembly based on the availability of adequate equipment to its municipal law enforcement officers and relevant state and federal laws. If the governing body of a municipality or a person authorized by the governing body of the municipality breaches that duty, the municipality is civilly liable for any damages including damages arising from personal injury, wrongful death, or property damages proximately caused by the municipality’s breach of duty.
If the tentative budget of a municipality contains a funding reduction to the operating budget of the municipal law enforcement agency, the municipal attorney or a member of the governing body who objects to the funding reduction, may file an appeal to the Division of Local Government Services in the Department of Community Affairs within 30 days after the day the tentative budget is posted to the official website of the municipality.
Under the bill, if, during a riot, an object is thrown at certain emergency personnel including law enforcement officers, or if emergency personnel are struck, whether with an object or not, the presumption of non-imprisonment for a first offense of a crime of the third degree shall not apply, and a mandatory period of six months imprisonment shall apply.
Combats cyber-intimidation by publication. Under the bill, it would be unlawful for a person to electronically publish another’s personal identification information with the intent incite violence or a crime against the person; or threaten or harass the person, placing such person in reasonable fear of bodily harm. A person who violates this section commits a crime of the fourth degree.
A person is guilty of criminal mischief if they deface or damage a memorial or historic property and the value of the damage to the memorial or historic property is greater than $200.