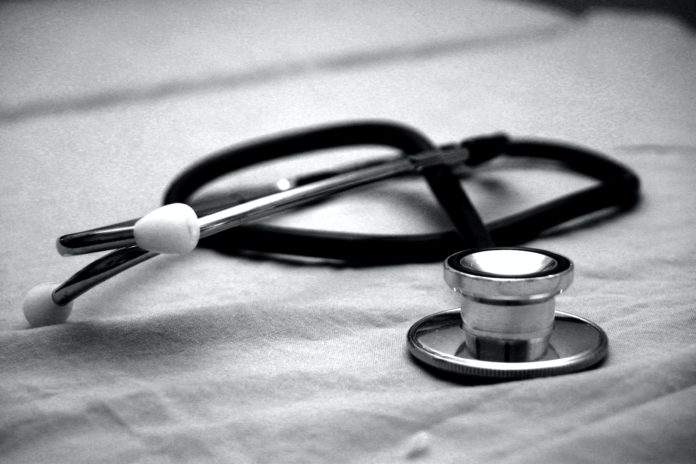 The School Employees’ Health Benefits Plan (SEHBP, which covers school employees in more than 300 school districts) and the State Health Benefit Plan (SHBP, which covers employees in more than 500 local governments and authorities) are now in a state of crisis as a result of mismanagement by Murphy Administration officials who control these two plans. Premiums for these plans are skyrocketing this year by up to 22% which means property taxpayers will be paying hundreds of millions of dollars more for benefits. Hundreds of thousands of local government employees and retirees will also pay thousands of dollars more due to premium sharing.

The facts reveal that the current crisis was avoidable had there been prudent, transparent management of these two programs. The magnitude of this problem is so large, that many people have not processed it.

Two separate commissions with equal representation from management and labor control the plan designs with respect to benefit levels. A third commission with a majority membership of from the Murphy Administration and minority membership from public employee unions sets the premiums. All three committees are staffed by New Jersey Department of Treasury and are dependent on information and data in the exclusive possession of the Department of Treasury. In late summer, after many months of knowing large premium increases would come without reforms, the state management members of the two committees announced massive increases for both plans effective January, 2022 which were later implemented by the State management-controlled committee over the objection of the public and even local public employee unions who offered cost-savings ideas that were rejected.

The disclosure of the increase came as a complete surprise to all parties, including local officials now burdened with extraordinary increases. The issue is sweeping since it impacts local budgets and taxes and it additionally impacts hundreds of thousands of public workers and retirees who pay a percentage of the premium and who are, like everyone, experiencing inflationary pain.

The Murphy Administration and their committee members were aware of these dramatic increases as early as February of this year, but opted not to share the news of the emerging crisis. They withheld data and refused to answer basic questions throughout the State’s budget process throughout the spring. Had local and state leaders — along with labor leaders — been made aware of the looming crisis 7 months ago, collaborative measures could have been taken to address the crisis. Instead, everyone was kept in the dark.

The situation gets even worse. Per the state’s report from their actuary, Aon, the local government plan lost $400 million in 2021 and 2022 and the school plan lost $351 million over the same period. This is $750 million in losses in just the past two years alone. Frankly, in light of these results, one has to wonder if these dramatic increases will even cover actual costs.

It is clear that health care costs are increasing nationally. Studies show that post-COVID utilization of benefits is up, and the pent-up demand for delayed health care services is impacting the situation. Yet, in the case of the two state plans, the premium increases are far higher than in private plans — and even public plans across the country. However, because of the lack of transparency and secrecy with respect to increases, we have no way to see how we got to this point. It is also unclear if increases were needed in prior years but were delayed or artificially reduced for political purposes.

Rather than deal with the issue responsibly and transparently, the administration cut a deal for state workers by funding a reduction to their premium sharing, with State taxpayers picking up the difference. The special bailout for a select few has costs that were never disclosed, and they came without reforms. No help was provided for local governments or local employees.

This has left State taxpayers, local property taxpayers, and local government and school officials holding the bag with less than 90 days before huge increases take effect.

Local governments and schools currently in the State plans are severely handicapped in their efforts to find alternative, less expensive plans since the state fails to provide local governments with information about their own use of the State-run plans (claims history) which is needed to price options. Rather than demand faster turnaround, the state has done nothing leaving towns and schools holding the bag and stuck with the bill.

Furthermore, there are rumors the State will fund an unfair and excessive bailout at the local level which will only be passed along to all State taxpayers – and potentially, property taxpayers without any reforms that actually reduce costs. I have supported some assistance to address this situation by allocating certain state revenues (Gross Receipts and Franchise Tax Revenue) which rightfully belongs to local governments. But this help must be accompanied by reforms, and it has to be fairly allocated to every town for short-term health care spikes experienced in every plan – not as a simple prop for badly managed and expensive benefit plans.

It seems the State’s plan won’t give relief money to all NJ towns and schools not in the state plans who, ironically, have been paying their fair share and who are also dealing with health care increases. And the one-time bail out won’t come with needed reforms, so it will create a budget gap the next year for any entity that takes the money, creating an even bigger budget dilemma.

Without fairness and reforms accompanying relief, the reality is that the two state plans, things will get worse. Any local government or school still in the plan with favorable claims experience will exit the plans as soon as possible. This will leave behind only those entities with worse claims experience and have no viable option — which means even the huge increases adopted won’t be adequate. As such, the State has serious issues here that will not go away by throwing more money at it. So, we need serious discussions about a path forward.

Minimally, I propose the following measures be enacted immediately for which I will propose legislation:

Both state plans should be required to post all financial information about the performance of the plans monthly in a transparent manner;
Groups in the state plans should be able to get their claims experience annually without cost, within 30 days from the date requested. The data supplied should be updated so that groups have what they need to get alternative options;
The management members of the three State commissions should be vacated, and new appointees should be seated immediately;
• There needs to be an overhaul of the plan options available under the state plans, with serious consideration given to all cost-savings options, including those offered by public employee unions so they are more affordable;
A thorough audit of the state plan’s financials needs to be performed to determine the severity of the challenges that lie ahead. This should be performed by a new vendor not presently involved with the management of the plan;
Until such time as a thorough audit has been completed, local governments should be discouraged to enter the plans lest they become trapped in an unsustainable system; and
No State taxpayer “bail outs” should be allowed unless accompanied by substantial reforms and being available to support every local government and health benefit plan for their COVID- related increases, so gimmicks aren’t simply propping up an untenable mess that cannot reasonably be sustained.
The failure to speak honestly about this crisis, and adopt fair and sustainable policies to address it, would be an unacceptable failure with devastating consequences.