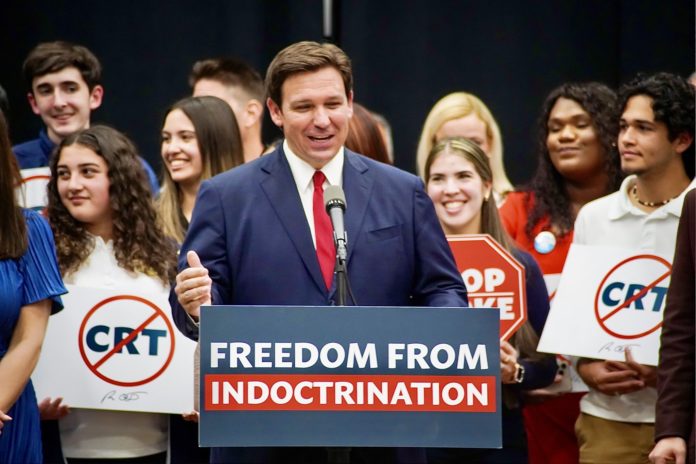 “It’s absolutely appalling that Governor DeSantis, who has been among our nation’s greatest defenders of Jewish families, has been cancelled by the Museum of Jewish Heritage in Manhattan,” said Singer. “When New York City did nothing to address rampant violence against Jews on the streets, DeSantis welcomed a flood of Jewish families that moved to Florida seeking safety. An institution whose mission is to remember the Holocaust should welcome a leader who strongly protects people of the Jewish faith who are under assault today.”

Singer, who is Jewish, represents Lakewood, one of the largest Jewish communities in the United States. Lakewood is home to the second-largest yeshiva in the world.

Singer noted that DeSantis’s strong support of Jewish families stands in stark contrast to many elected Democrats in New York whose antisemitism is often thinly veiled at best.

“How many times have New York’s Democrat leaders like AOC made comments or taken actions that were hostile to the Jewish community and Israel?” asked Singer. “They get a free pass for shockingly overt antisemitism from New York society because they are progressive, while leaders like DeSantis who actually defend Jewish families are shunned simply for being conservative. It’s disappointing, but not surprising.”