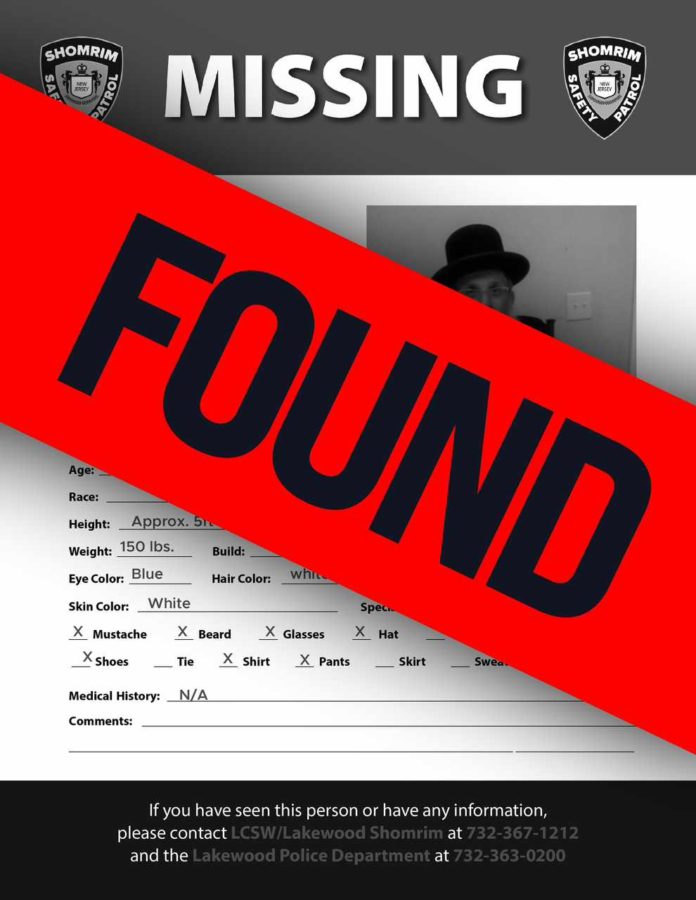 Update: The meshulach has been found and is in good condition. Earlier story reads below.

Lakewood Shomrim is conducting a search for a meshulach who has gone missing from Lakewood.

The meshulach was last seen Sunday night in Westgate traveling on foot, though those who reported him saying say he sometimes bikes around. Where he was last planning to head is unknown.

He is described as approximately 5 feet 7 inches tall and weighing around 150 pounds with blue eyes and white hair with a white beard.