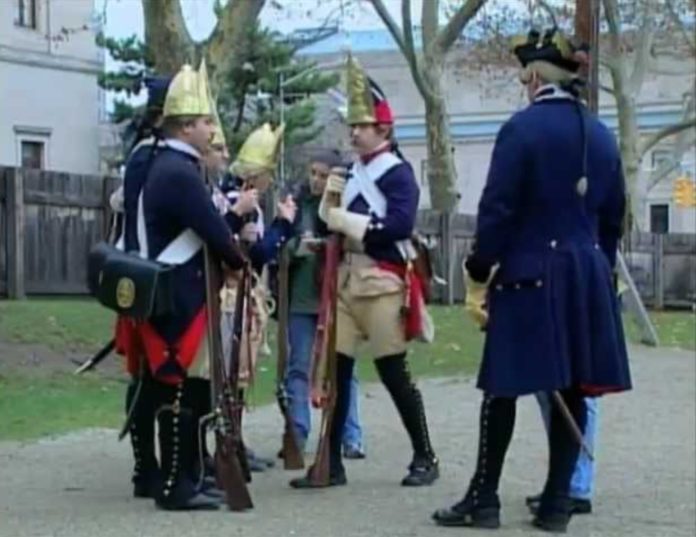 Researchers announced on Tuesday that they have uncovered a mass grave of Revolutionary War soldiers fighting for the British at Red Bank Battlefield Park in southern New Jersey.

The grave contains the remains of as many as 12 Hessian soldiers – Germans who were hired to fight for the British against the revolutionaries – who were killed during the Battle of Red Bank in 1777.

The remains sat unknown for 245 years until researchers from Rowan University uncovered a human femur in June during an archeological dig of a trench system that surrounded Fort Mercer. Further excavation turned up more human remains and historical items, including pewter and brass buttons, and even a King George III gold guinea – a soldier’s pay for a month.

It is believed that 377 British and Hessian troops were killed during the Battle of Red Bank, while the Americans lost 14 men. The victory allowed the revolutionaries to delay the British from moving critical supplies up the Delaware River.

The scientists hope they can identify the remains found in the mass graves and find their descendants.