Republicans Blast Murphy Plan to Give $53 Million to Illegal Immigrants 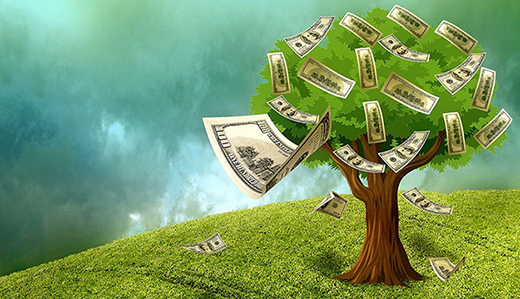 Republicans blasted Governor Phil Murphy’s apparent plan to use $53 million from a slush fund created by Democrats in the new state budget to make payments of $500 to illegal immigrants in New Jersey.

“The Democrats who control the Legislature know that Governor Murphy’s program giving big cash payments to illegal immigrants is so unpopular with most New Jerseyans that they were afraid to fund it directly in the state budget,” said Senator Jim Holzapfel. “Instead, they created a slush fund that Governor Murphy controls that appears to have been designed specifically to continue making these ridiculous payments. If they think the program is so great and deserving of taxpayer funds, Democrats should have been brave enough to put it in the budget they enacted.”

Governor Murphy had initially proposed $53 million in his FY 2023 budget proposal for the Excluded New Jerseyans Fund, which makes the payments to illegal immigrants, but direct funding was not included in the final budget he signed into law last week.

Instead, the new state budget that Democrat leaders in the Legislature negotiated in private with Governor Murphy gives the governor control of $300 million of unspent federal pandemic relief funds.

The new slush fund, through which the governor can make direct appropriations of up to $20 million for programs without legislative approval, contains a provision allowing him to fund a single program up to $60 million — enough to fully fund the Excluded New Jerseyans Fund as Governor Murphy had proposed.

“It’s no coincidence that legislative Democrats handed Governor Murphy a slush fund with almost the exact amount of money he initially proposed to make $500 payments to illegal immigrants,” said Assemblyman Greg McGuckin. “The Senate Majority Leader, a Democrat, confirmed yesterday that’s how the slush fund money will be used. It’s another example of Democrats abusing taxpayer money, failing to be transparent, and refusing to use the oversight powers of the Legislature to hold the Murphy administration accountable.”

Last month, the Legislature’s nonpartisan Office of Legislative Services warned that the Murphy administration appeared to have transferred taxpayer funds to the Excluded New Jerseyans Fund without legislative approval as required by law.

“Even when we were warned that Governor Murphy likely broke last year’s budget law to make unauthorized payments to illegal immigrants with taxpayer funds, Democrats in the Legislature turned their heads and decided to look the other way,” added Assemblyman John Catalano. “Instead of holding the governor accountable, they rewarded his bad behavior with an even bigger slush fund in this year’s budget to continue the unpopular program. This is the exact opposite of how good government is supposed to operate.”