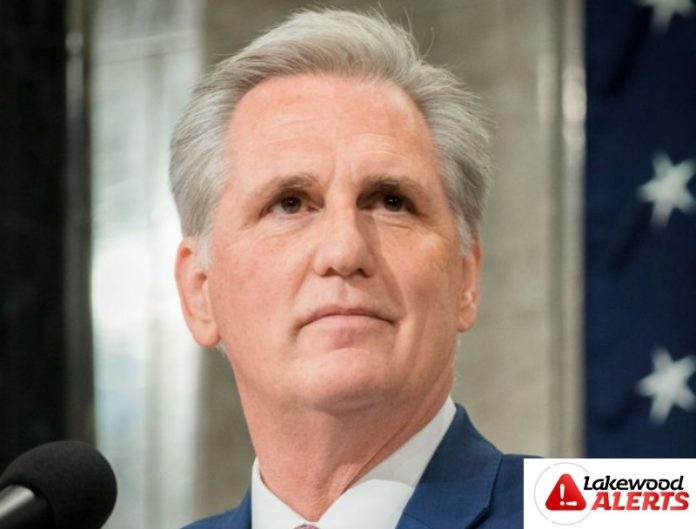 Rep. Kevin McCarthy, the Republican leader in the House of Representatives who will likely become Speaker of the House after the midterms, will visit Lakewood this coming Sunday.

While his full itinerary has yet to be publicly disclosed, Lakewood Alerts has learned that the 57-year-old McCarthy – the second most powerful elected Republican in the country –  will visit Beth Medrash Govoha to get a firsthand look at the largest yeshiva in the United States.

Following his tour of the yeshiva, McCarthy will head to the home of Dr. Rich Roberts for a high-ticker fundraiser.

Dr. Roberts is a longtime donor to Republican and conservative causes, and famously brought allegations of antisemitic discrimination by Jackson Township to the highest levels of government during the Trump administration. Shortly following Dr. Roberts’ intervention, the DOJ sued Jackson, in a case that was recently settled.

McCarthy is currently the minority leader in the House of Representatives, but with Democrats’ facing a difficult midterm elections later this year, Mr. McCarthy is widely expected to become the next Speaker of the House, which would make him second in line of presidential succession.

The powerful Republican is expected to be joined in Lakewood by Rep. Chris Smith who McCarthy endorsed in his recent primary bid against a handful of other candidates. Following his primary win, Smith is considered a shoo-in for a 22nd term in the House representing New Jersey’s 4th Congressional District.