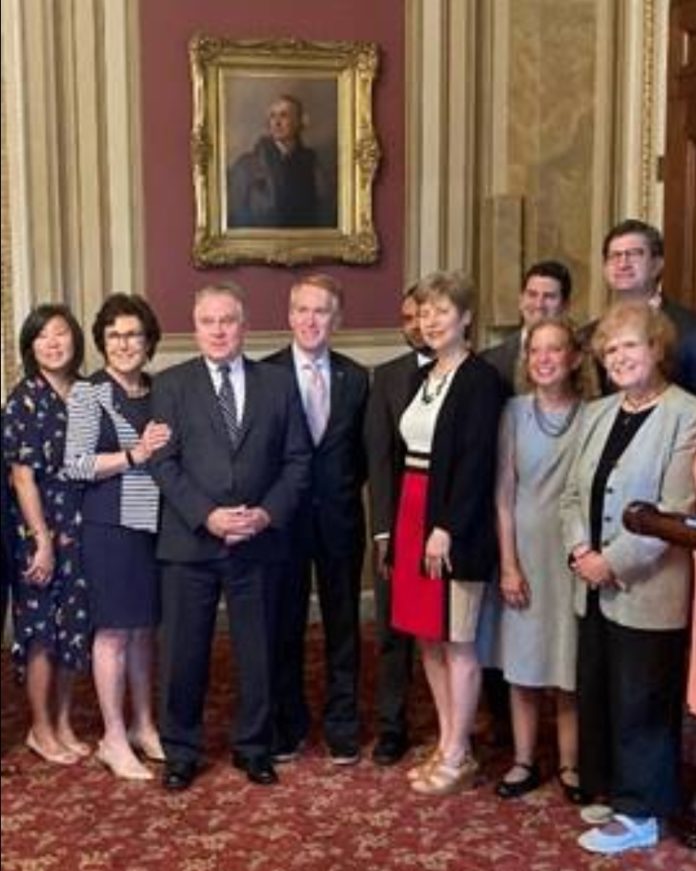 Rep. Chris Smith today met with Ambassador Deborah Lipstadt—the top U.S. official tasked with combating antisemitism—together with members of the Congressional Task Force for Combating Antisemitism to discuss bolstering the United States’ efforts to tackle the alarming rise in attacks against Jews throughout the country and across the world.

“Tragically, antisemitism won’t disappear by ignoring it or wishing it away—it must be defeated,” said Rep. Smith, who authored the law that created Ambassador Lipstadt’s post at the State Department to monitor and combat antisemitism and another law that elevated the role to ambassador last Congress.

“There must be zero tolerance for this pernicious hate against members of the Jewish community, and I will continue to work closely with Ambassador Lipstadt and officials at all levels to ensure they have the resources they need to protect our communities from these horrific hate-fueled crimes,” said Smith, the Co-Chair of the House Task Force for Combating Antisemitism.

In May, the Anti-Defamation League released its annual report showing yet another alarming spike in the number of antisemitic incidents over the past year, which soared to the highest level ever recorded in U.S. history.

“With hatred against the Jewish community escalating, people of conscience must stand in solidarity with our Jewish brothers and sisters now more than ever against the evils of antisemitism,” Smith said.

Confirmed by the Senate in March, Lipstadt is the first U.S. official vested with the rank of Ambassador for combating antisemitism, as mandated by Smith’s legislation that was signed into law by President Trump in 2021.